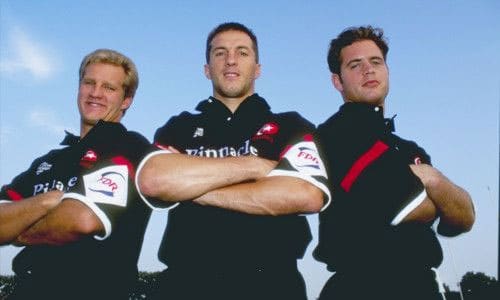 The advent of professionalism

In November of 1995 Saracens gained the financial backing of Nigel Wray and this enabled the club to recruit the likes of Michael Lynagh (World Record Points Scorer), Philippe Sella (World’s Most Capped Player), Francois Pienaar (The last Captain to lift the World Cup) and Kyran Bracken (England’s up and coming scrum half), just four of the big names signed in 1996/97.

Saracens, as they had so often earlier in the century, ‘up sticks’ and moved to Enfield FC’s ground and they started the new season well with a victory over title favourites Leicester. The rest of the season saw the team taking time to gel and they just missed out on European qualification finishing seventh.