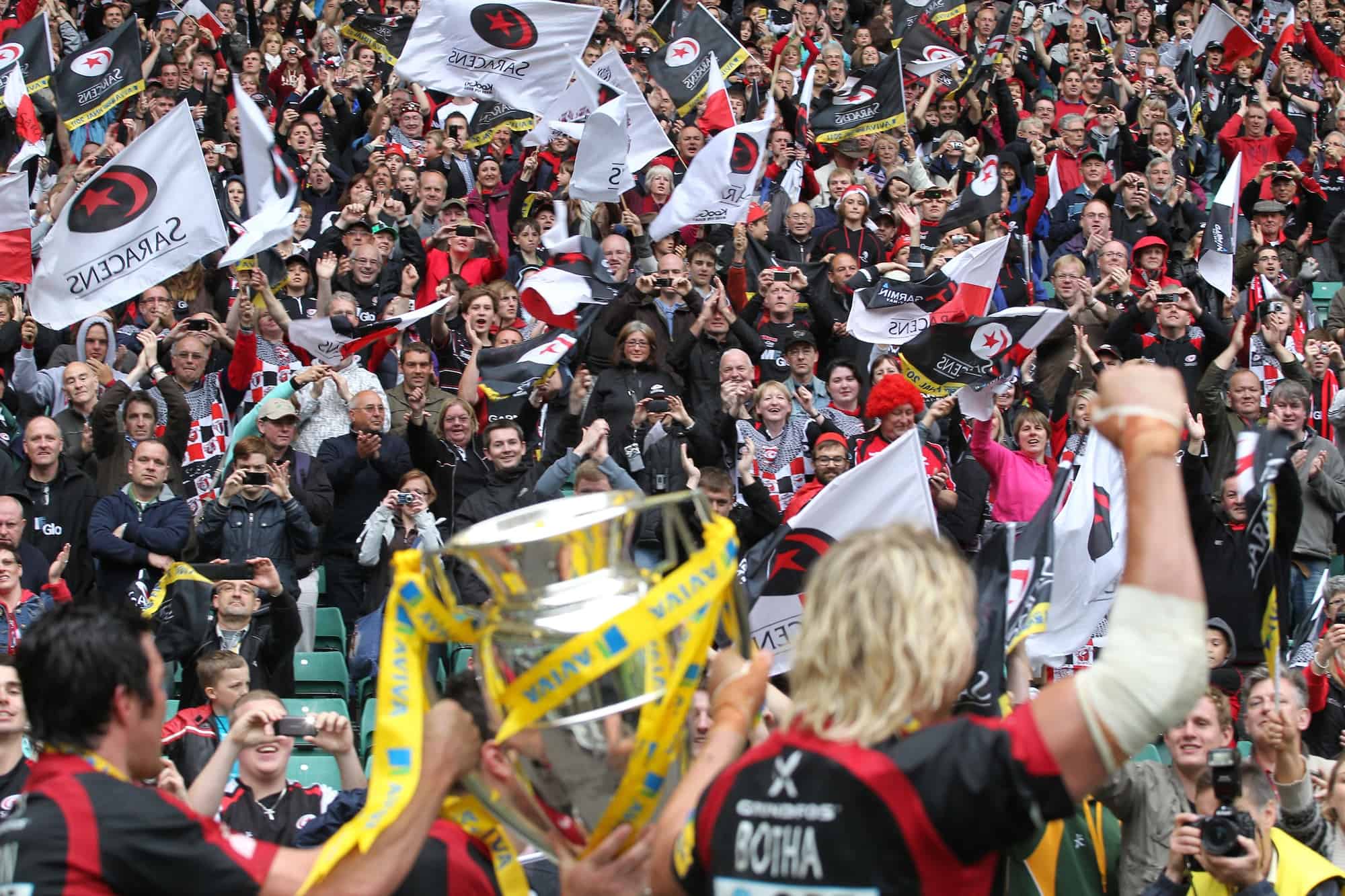 Former Springbok, Brendan Venter, took over from outgoing director of rugby from Eddie Jones and would begin a transition at the club that would see Saracens become England’s premier side.

After a tumultuous summer where 15 players would be replaced, Venter alongside Ulsterman Mark McCall, would implement a new culture at the club with a long-term strategy to become English rugby’s finest club, on and off the pitch.

In the 2009/2010 season they would reach the Premiership final, narrowly missing out on winning their maiden title with an agonising defeat to Leicester Tigers.

Saracens star was on the rise, and the defeat to the Tigers would only strengthen their resolve and a season later under the leadership of Venter and McCall with trusted lieutenant Steve Borthwick calling the shots on the pitch, the Men in Black would lift their first ever league title in from of 80,000 fans at Twickenham Stadium.

With Venter leaving the club, Mark McCall led Saracens to another Premiership final in 2014. In the most controversial of calls the Men in Black would have their Premiership dreams snatched from them with an extremely contentious TMO call on extra time that would gift Northampton Saints the title in an epic Aviva Premiership Final. The club would also reach their first ever European final, losing out to Jonny Wilkinson’s team of Galaticos, Toulon, at the Millennium Stadium in Cardiff.

Saracens though would regroup, and in some style, win a domestic League and Cup double  the following season in 2014/15.