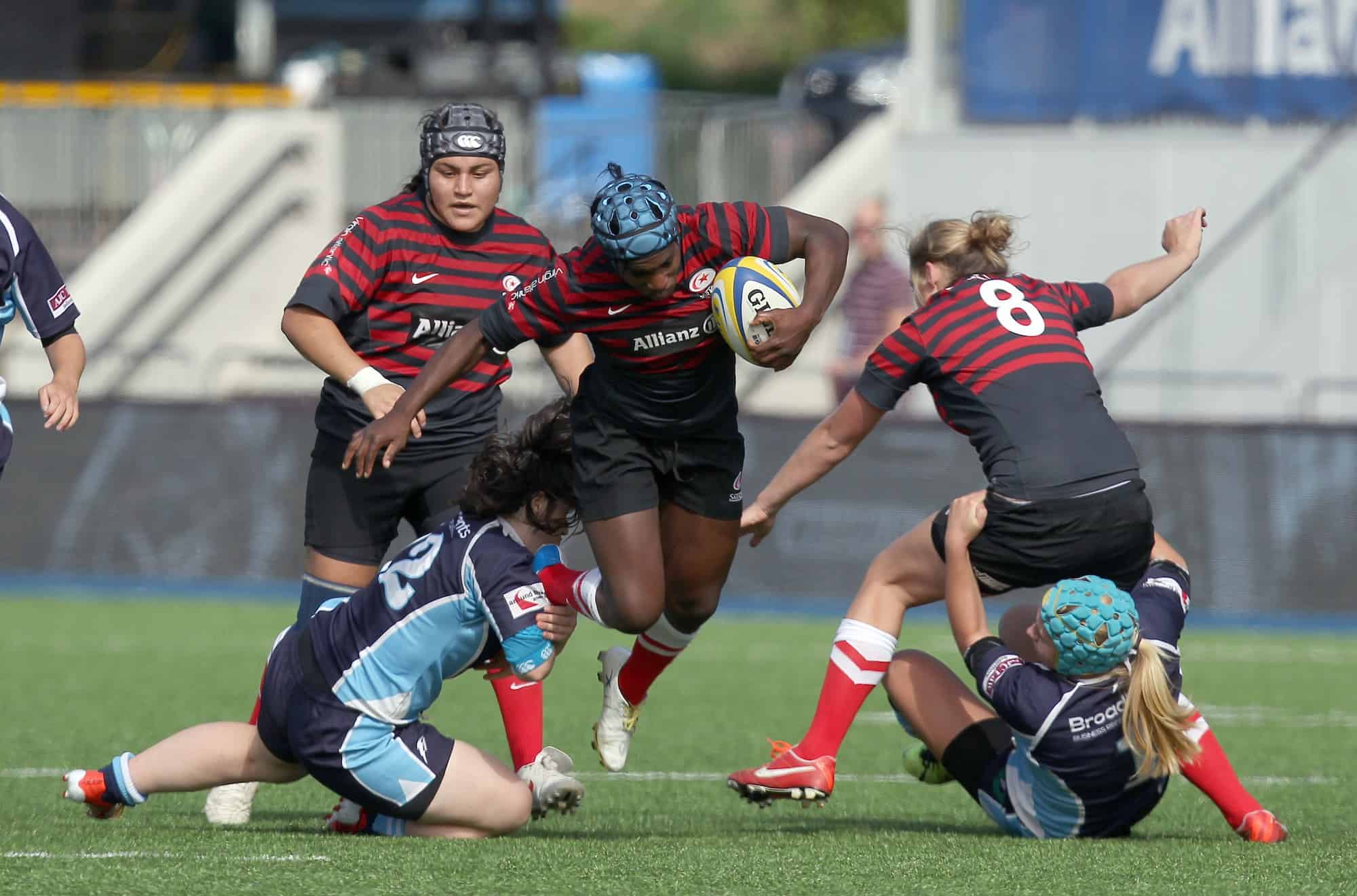 In 2014 Saracens Women said goodbye to the grounds of Bramley Road and moved to their new home of Allianz Park.

They were the first women’s side to play alongside their male Premiership counterparts on a state of the art artificial turf pitch.

Twenty years since they had lifted the trophy, England Women claimed the sport’s biggest prize at the World Cup in Paris in August 2014 with Saracens’ Maggie Alphonsi and Vicky Fleetwood in the squad.

2015 saw the Women in Black claim their first silverware for five years, winning the Premiership and Cup double in a record breaking year for Saracens as they secured six domestic titles.

Sarries had the chance to emulate the triumphs of 2015 when they reached the finals of both the Premiership and the National Cup, but fell just short to finish runners-up.

Sevens was back on the agenda in 2016 on the domestic and international scene as the Rio Olympics welcomed its return. Claire Allan and Emily Scott were members of Team GB who finished fourth in the competition.

The Women’s Premiership 7s proved a great success as Saracens Women lifted the trophy in front of a packed Ricoh Arena and a live television audience.