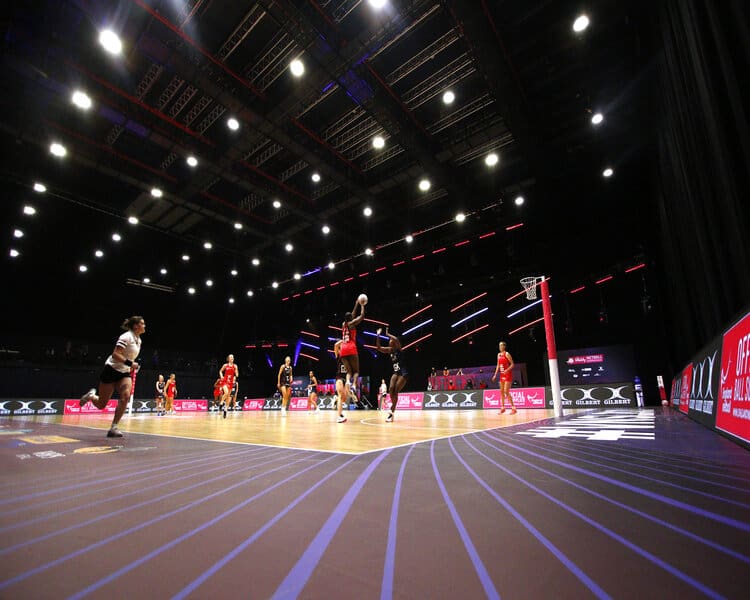 Yesterday saw the return of the VNSL after a bye week and Saracens Mavericks took on Scottish side, Strathclyde Sirens in Round 5 of the league.

It was a rollercoaster of a match, with many turnovers and strong defensive pressure on both sides. We saw the first tie of the VNSL, which is a new rule added to the competition to comply with COVID-19 regulations.

The first match started off well for Mavericks, with the side gaining a 4 goal lead. There was some resistance from Sirens, who were putting in a lot of effort to turnover ball. This made for a strong opening to the match with both sides putting in the work to maintain possession. The first quarter ended 8-12

In the second quarter, there was a lot of ups and downs. Both sides would get the ball over to the goal circle and at the last minute there would be a turnover. This continued for a period of over three minutes with no sides scoring. Finally, Saracens Mavericks shooter, Kadeen Corbin broke the deadlock, and scoring began to resume. The half-time score was 15-18 to Mavericks.

The tone of the third quarter was much like the second, with very few goals scored by both sides. Defensively, both sides worked extremely hard, turning over many balls and trying to create opportunities for their shooters. The match overall was played by the defence players on both teams. Mavericks maintained their lead throughout the quarter, which ended with Mavericks extending their lead to 4 goals again.

The final quarter was a strong showing for Sirens, as they capitalised on every opportunity. Both sides scored more goals in the final quarter, with more ease of play. In the final minutes, they took the lead by one goal. With just seconds on the clock, Kadeen Corbin scored the equaliser, with the final score being 34-34.

Although not the ideal outcome for Saracens Mavericks, there were many lessons learned and a lot to think about as we head into training this week. Gabby Marshall was named Saracens Mavericks Player of the Match for her solid performance in the midcourt throughout the entire match. Congratulations Gabby!