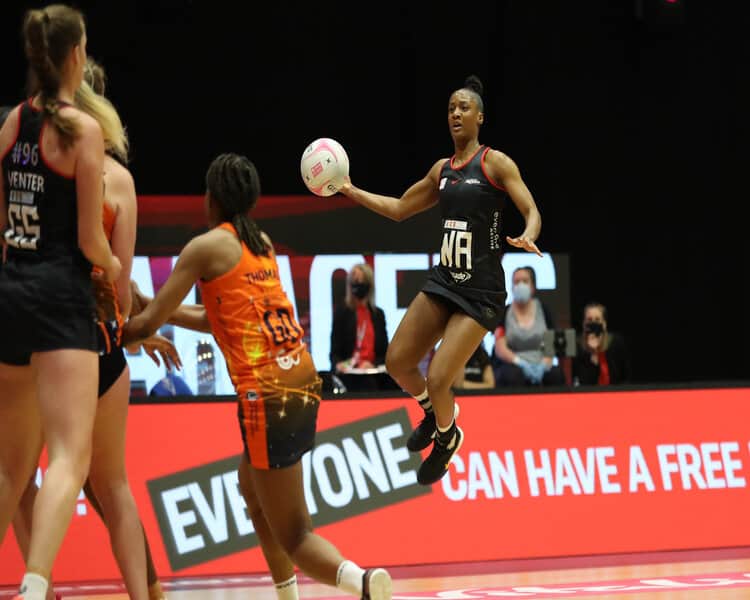 A stronger performance for Mavericks who overshadow Stars

With the match starting out on an equal footing, Mavericks put their foot on the pedal and took the win by 17 goals.

The first quarter was a bit of a slow start for both teams, with some errors on both ends. Despite the scrappy start, both teams sank their goals and the quarter went goal for goal throughout, with the quarter ending 10-10.

Mavericks came out the blocks flying in the second quarter, building up a larger lead. Mavericks defensive unit had an incredible work rate, turning over the ball many times, giving the shooters the opportunity to capitalise. At half time, Mavericks had built up a commanding lead with a score of 24-16.

The third quarter saw Mavericks slow down a bit as Stars began to apply some pressure and began to close the gap. After a few minutes, Mavericks found their rhythm again and got back into the flow of the game. A strong close to the quarter from Mavericks saw them retain their 8 goal lead.

In the final quarter is where Mavericks flourished. They started off strong and kept their flow throughout. This is where you could really see what this Mavericks side is capable of when they’re at full capacity. They grew their lead and were unforgiving with Stars’ errors. The match had a final score of 53-36.

A stronger performance from Saracens Mavericks, showing what their world-class side is capable of. Congratulations to Razia Quashie on winning Lucozade Sport Player of the Match today for an incredible defensive masterclass of a performance.