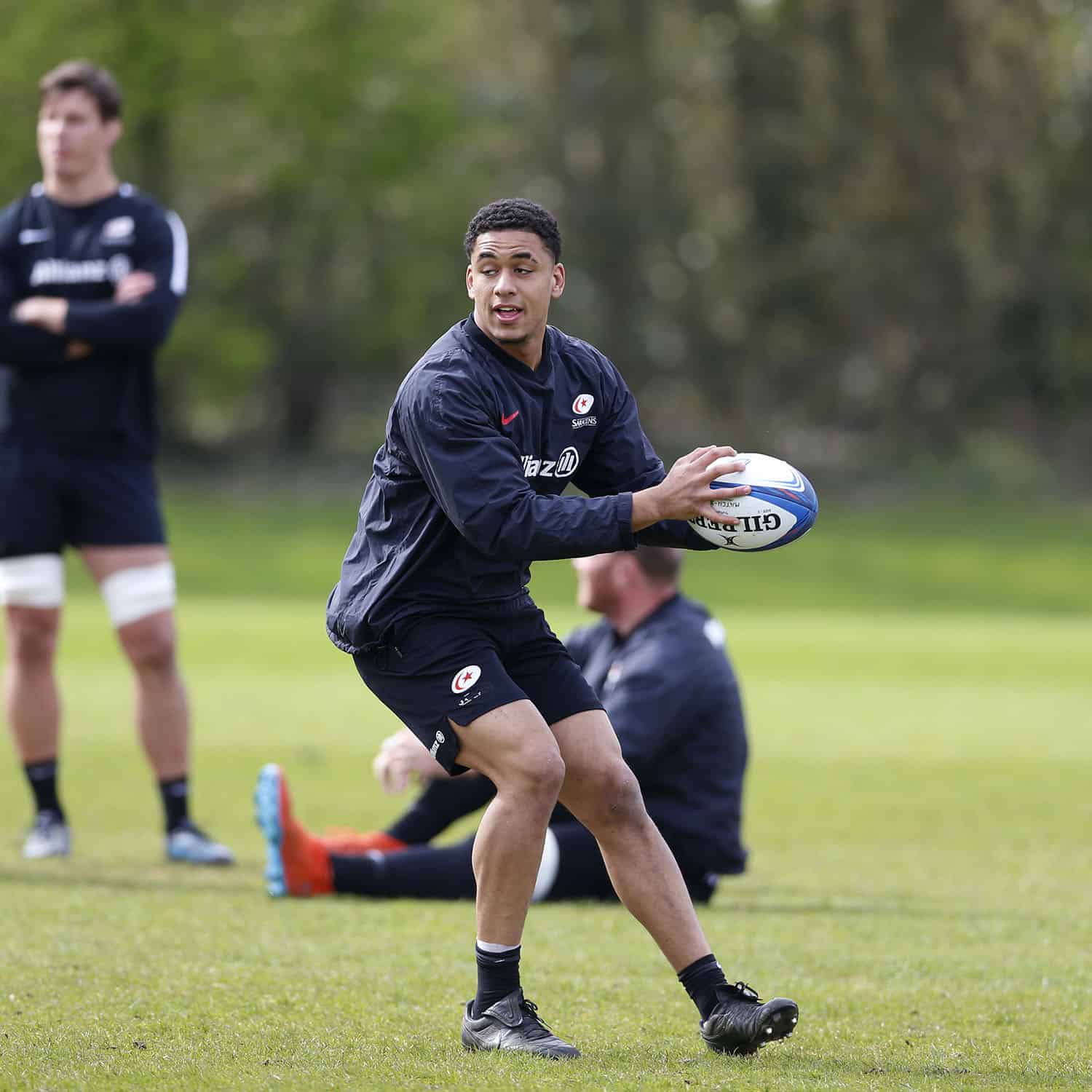 Five Saracens Academy players have put pen to paper on new contracts at the club.

Jon Kpoku has re-signed for two more years while Andy Christie, Charlie Watson, Sam Crean and Tobias Munday have all extended their stay at Allianz Park for another 12 months.

A second row like his twin brother Joel, Kpoku made his senior debut this season, coming off the bench against Worcester Warriors in the Premiership Rugby Cup. He has also represented England Under-20s in the Six Nations.

Back row Christie earned his first cap for England Under-20s against the Junior Springboks in April and his progression saw him come off the bench for Saracens in the Gallagher Premiership against Worcester at the end of the season.

Watson scored two tries in the Storm’s Premiership Rugby Shield triumph over Newcastle Falcons and will be dual-registered with Cambridge University next season as he continues his studies.

Crean played the majority of the season at Bishop’s Stortford which enabled him to experience men’s rugby for the first time and learn to play a new position. He earned his selection in the Storm squad for the Premiership Shield final at Kingston Park where he made an appearance off the bench.

Munday was on loan to Old Albanians for the whole 2018/19 campaign and helped them to a 10th-placed finish in National League 2 South. He will be dual-registered at Loughborough University next season where he will begin his higher education studies.

“All five are promising rugby players but also great people to have around at the club. I want them to make the most of the environment and start to become guardians of the culture and drive the standards on and off the pitch.

“We look forward to working with all the Senior Academy players this coming season which will be a great opportunity for them to get some exposure in senior training sessions and hopefully some first team matches if they work hard and impress the senior coaches.”