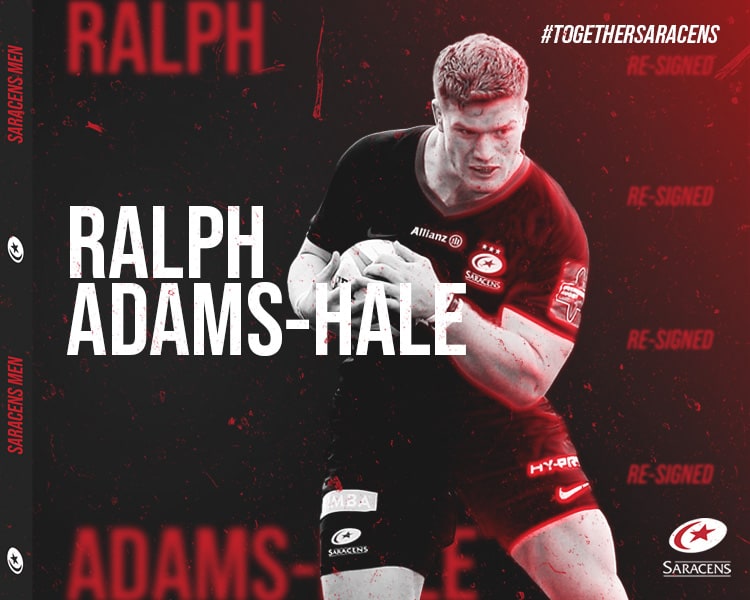 Saracens is pleased to announce prop Ralph Adams-Hale is the latest player to commit his long-term future to the club.

The Academy graduate has signed a three-year extension which will see him stay in north London until at least 2023.

Earning his first senior cap in the 2018/19 Premiership Rugby Cup, Adams-Hale had a debut season to remember.

“Ralph is another product of our outstanding Academy and we are thrilled that he is extending his time at the club.”

He made his first league outing coming on as a replacement in a home win over Wasps and his progression continued with a first try at Bristol Bears.

The 23-year-old ended the campaign by appearing in the Premiership final, playing a key part in Sean Maitland’s all-important score at Twickenham.

Adams-Hale featured heavily in the opening part of the current season before suffering a serious ankle injury against Gloucester and the former England Under-20 front rower is thankful to Saracens for believing in him as he continues his rehabilitation.

“It’s awesome to be able to sign an extension with Sarries,” he said.

“The fact the club has offered me an extension when I’m still injured really shows the trust and the belief they have that I’ll be able to get back and play at a top level again.

“Ralph is another product of our outstanding Academy and we are thrilled that he is extending his time at the club,” Director of Rugby Mark McCall said.

“Before his unfortunate injury, Ralph had shown really promising signs of progression and growth in his game. He has been extremely dedicated in his rehabilitation from the injury and we are looking forward to having him back on the field and helping him realise his undoubted potential.”