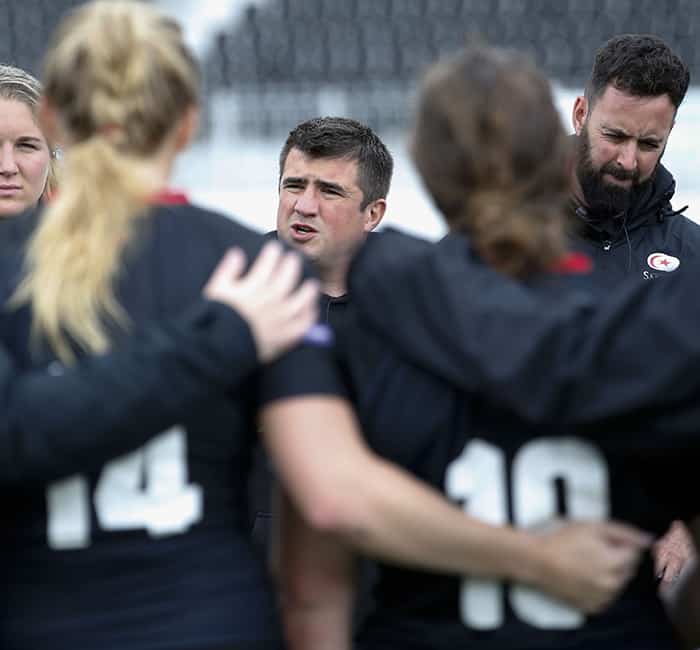 Alex Austerberry: 2019 is a great platform for us to kick on and keep getting better

It’s been an absolutely fantastic year for Saracens Women, the results on the field speak for themselves.

For both teams to win their respective leagues and to go an entire year unbeaten is a real testament to the desire of all players and staff to get better, the quality that we have as a group and the potential to achieve even better things.

Winning the Tyrrells Premier 15s Final at Franklin’s Gardens is an obvious highlight but one of the standout moments of the year for me came at Loughborough away in March 2019. There were two significant moments in that day.

The Development side were playing against Loughborough Lightning ahead of the first team and we pretty much knew the Dev team needed to collect bonus points in each game to ensure winning the Development League.

We scored two early tries but then it became very much a physical affair and turned into a bit of stalemate. We scored with a few minutes to go to give us a bit of hope of the bonus point and then a cracking bit of rugby with the final play saw Izzy Carroll score in the corner. So, there was immense emotion from the group that we got that try.

And then to follow that up with the Prem Team’s first half performance against Loughborough which was probably the best rugby we’d played prior to the final.

We were 24 – 7 ahead, then we had a few quite significant injuries and we started to lose the momentum of the game to the point where we were trailing going into the final few minutes.

But to come back and go over in the final play of the game for the winning try through Hannah Botterman just emphasised the character that the group has and the calmness to execute even when the time pressure is against them.

That was a huge day and a day I look back on in 2019 and think “that was a real milestone for us as a side.”

And looking at the final in Northampton, we had a lot of great performances throughout that season, including that win over Loughborough.

But, if we take the context of the pressure of that environment, in front of a big crowd, against a team we’d had two very tight, ding-dong affairs with throughout the season and to have that level of execution and intensity from the off was a real positive. 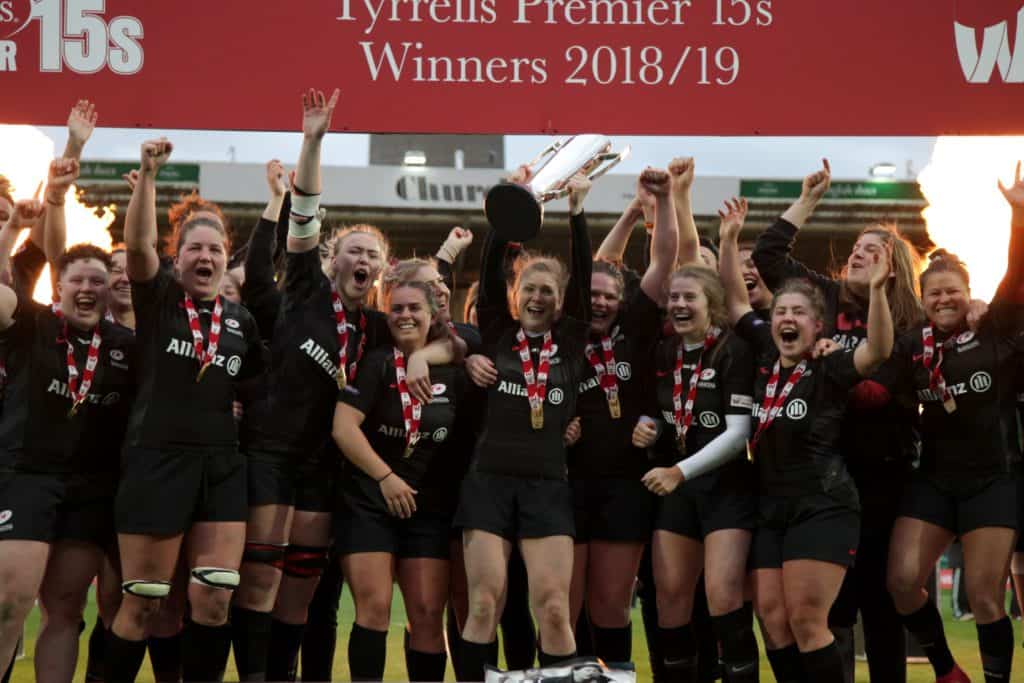 As a coaching group we were thinking “Wow”. When we had the ball, we looked like scoring and defensively we were very much on top.

It was a very good first forty minutes and put us in a wonderful place at 27 – 0 up but ultimately, we had to remember as a group that Harlequins are a very good side. Half-time was a case of “nothing’s been won, we have to go out there and manage the game.”

However, that first half is something that we can hopefully aspire to be a benchmark level for us rather than just be something we hit now and again.

The challenge is that we played that well for forty minutes, can we build on that and play that well for 80 minutes, and that’s what we’re striving to do.

But for that performance to come out at that time, at that venue, against that side was fantastic and again goes to really emphasise the character the group has.

If I had to pick out two words from 2019 that help characterise the group it would be character and resilience. I’d use them alongside the energy and work-rate the players show week in, week out in training and in sessions.

When it gets tough, they find a way to get the most out of a situation, whether that’s a forty minute performance that gives us a real platform in the game or the Gloucester-Hartpury game in October where we weren’t playing at our best but we found a way to just do enough to get over the line.

I think that’s the sign of a good side, we win when we’re not at our best but our challenge to be a great side is we need to perform to our standards consistently and that’s something we’re still learning.

Another fundamental part of our success throughout 2019 has been the competition for places, the depth of the squad and affording players opportunities when they’ve earned them.

The depth of the group is the strength of the group. We’ve got people week in, week out, vying for positions, vying for shirts and that forces people to be better because if they’re not then someone will overtake them and take their opportunity.

So, when it came to what people perceived as the big games, the semi-final and final, a lot of those players had been involved throughout the season. We knew we had players who could come in and do a good job and that is something we will look to continue into 2020. 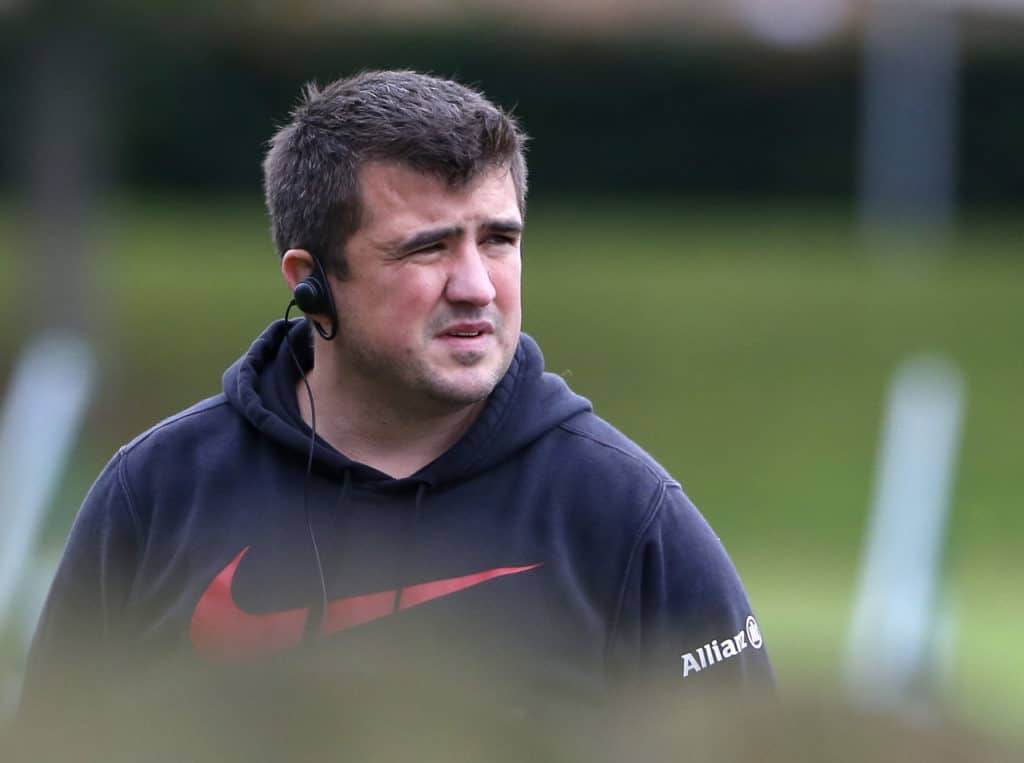 Looking ahead to 2020 and the ambition is to keep getting better and to make sure we maximise our potential. If we do that and we work hard, then the results and performances will look after each.

Ultimately, we want to be lifting the trophy again in May, but we know that between now and then there’s a lot of hard work needed. We must get the next two games against Loughborough and Worcester correct, perform well against those two and build from there.

If we keep the focus on self-improvement, ensuring we maximise the potential, don’t sell ourselves short and making sure we’re the best version of ourselves, it’ll go a long way to looking after some of those goals for next year.

2019 is a great platform for us to kick on and keep getting better, and that’s our challenge. All the other clubs are getting better, so we need to make sure we don’t rest on our laurels. 2019 is wonderful and in the history books as an undefeated year but our next game in 2020 is the focus now.