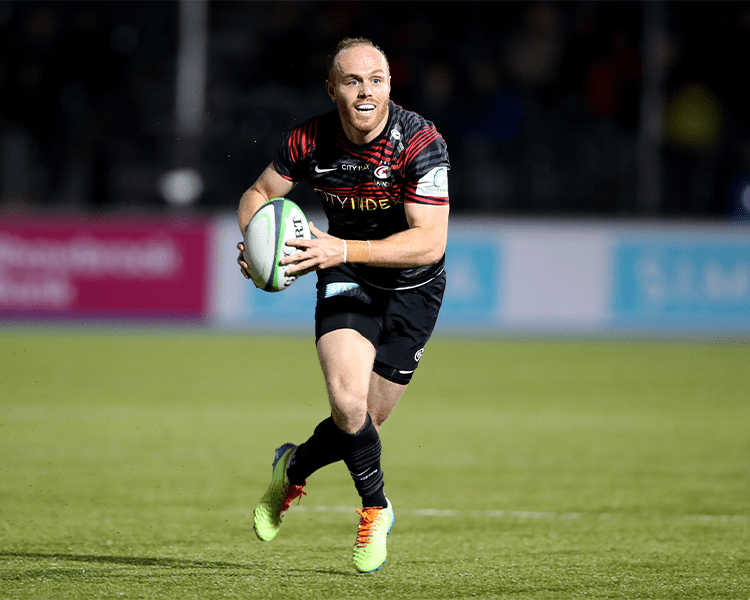 Saracens can reveal that Alex Day will be departing the club at the end of the season.

The scrum-half has spent the last two years at StoneX Stadium after joining from Cornish Pirates, and has made 10 appearances in both the Premiership and Championship.

Day has been called upon twice this year to play a part in the pursuit of a place back in the Premiership, with his previous experience in the second tier extremely important to the squad.

The former England Under 20’s captain came through the Northampton Saints Academy before signing for the Pirates, and during his time at Sarries he has worked with the likes of Richard Wigglesworth, Aled Davies and Tom Whiteley in his position.

Day was full of praise for everyone at the club when looking back on his time in North London.

“I’ve made some massively fond memories here and some friends for life. The coaches have been brilliant and it’s a testament to this place that we’ve responded to the setback and hopefully getting back to where this club should be.”

He continued: “To train and play with such world class players is invaluable and has made me a better player, the games I’ve played have been really good and I’ve enjoyed it a lot.

“Everyone made me feel really welcome so I just want to say thanks to everyone, the staff and players have been amazing and the fans as well so I’ve had a great time here.”

Director of Rugby Mark McCall says Day has been a fantastic member of the squad for the Men in Black.

“Alex is a great guy who has been a brilliant addition to our group over the last couple of years. He is a top professional who works very hard at his game and we would like to thank him for everything he has done for Saracens.

We wish Alex all the best and look forward to seeing him succeed in what he does next.”