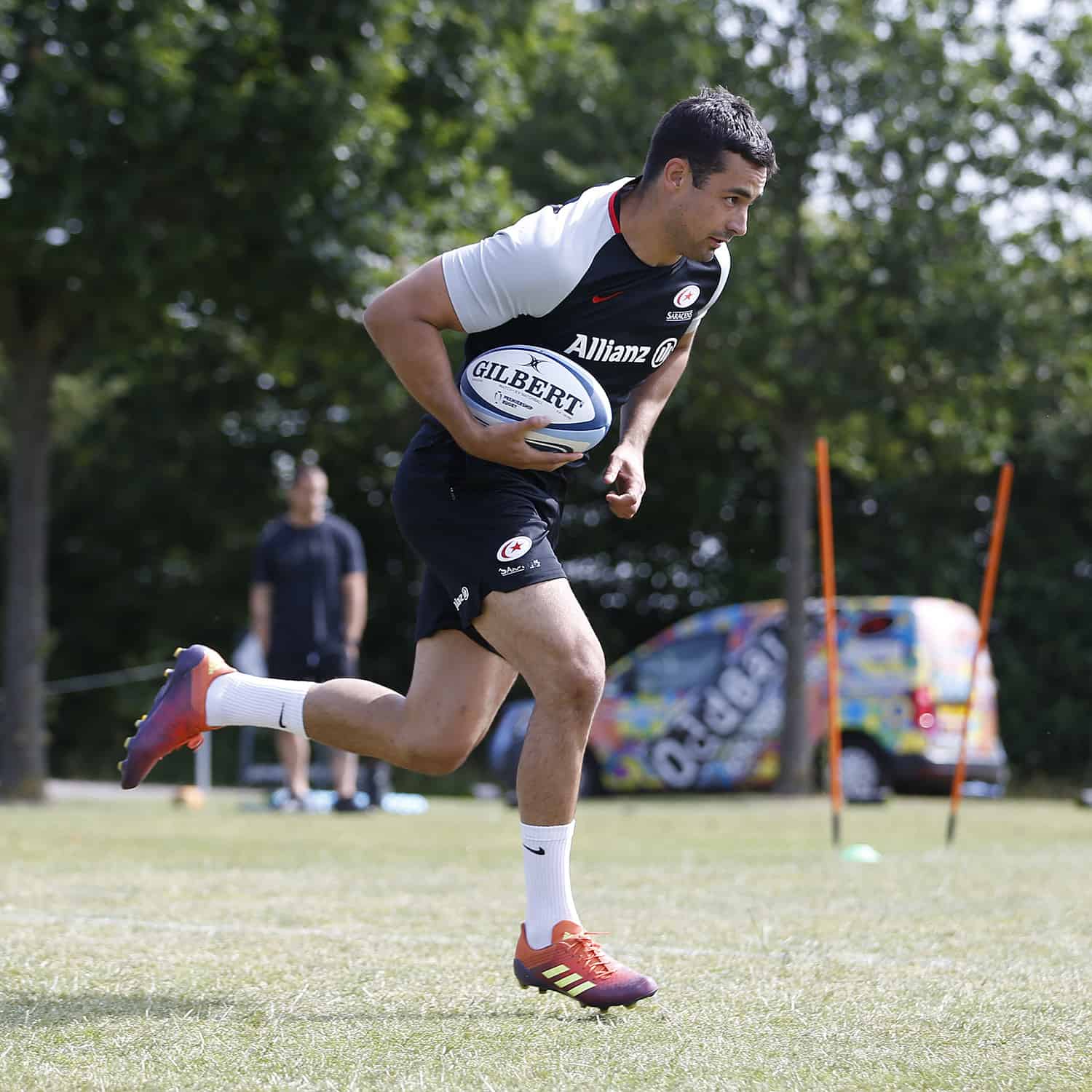 When celebrations eased following Saracens Men’s success in the Gallagher Premiership final in May, the players enjoyed five weeks off before returning for pre-season training on Monday 8th July.

Tuscany, Barcelona and the south of France were amongst the holiday destinations with several also opting to cross the Atlantic for the US.

Alex Lozowski was one of those, heading for the West Coast to take in California as well as a brief stop 2,800 miles east in New York.

The 26-year-old welcomed the first day back at OAs as opportunity to ‘catch up with everyone’ ahead of some physically demanding conditioning.

The 2019/20 Premiership campaign kicks-off slightly later than normal due to the Rugby World Cup meaning a longer pre-season schedule.

With the first week under his belt, Lozowski will lean on the knowledge of the strength and conditioning staff to ensure he fighting ready from Round 1.

“It was tough enough!” he said of the opening block of training.

“It’s been great to see all the lads again, catch up with everyone and get down to it.

“We’ve got a long pre-season this time, any World Cup year does go on a bit. Obviously our S&C staff know exactly what they’re doing with us and I’m sure come the first game they’ll have us right where we need to be, having done just enough – not too much, not too little. We’re just looking forward to cracking on with it now.”

Lozowski was present at the BT Tower in London as the fixtures for the new league term were revealed.

After four years away from Allianz Park in the first round, Saracens will host Northampton Saints on Saturday 19th October (KO 15H00).

Excited by prospect of facing a buoyant Saints side following their end of season surge to the play-offs, Lozowski is also relishing the early opportunity to run out in front of the Sarries faithful.

“In years gone by we’ve played our opening game at Twickenham and last season we were away to Newcastle so it’ll be nice to be at our home stadium for that first game and get the atmosphere going.

“Northampton had a brilliant season last season, getting to the semi-finals. They gave Exeter a really tough game in the first half at Sandy Park so we know what they’re capable of and they’ll obviously look to make improvements on last season.

“It’s going to be a really tough first game but from our point of view to get back to Allianz after what would have been a long pre-season, playing our first game at home in front of our home fans will be really exciting.”

A number of the squad will be in Japan for that head-to-head due their involvement in the Rugby World Cup.

Their absence provides the club’s young, talented crop to make the step up to the first team having impressed when called upon in 2018/19.

“It was a great campaign and those lads did really, really well. They’ve proved and shown they deserve their opportunity now to step up and put their best foot forward in the Premiership now.

“I’m really excited to see what they can do, play and get stuck in with them.”