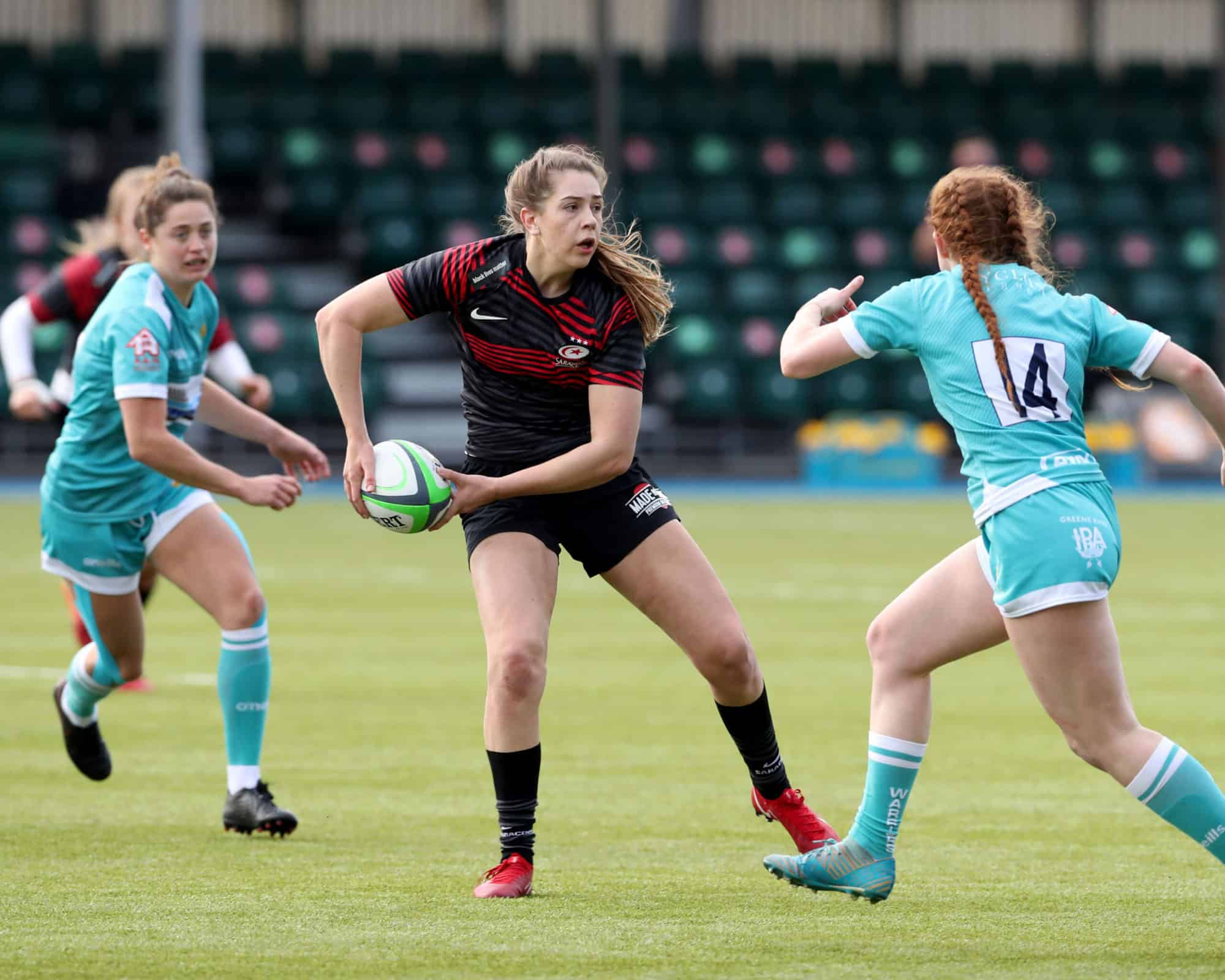 Austerberry happy with debutants and returnees

Saracens Women had several players turnout for the first time in the Allianz Premier 15s on Saturday.

Scrum-half Emma Swords, wing Sydney Gregson and replacement Emma Uren made their second debuts for the club and young prop Kelsey Clifford came on for her maiden league appearance.

Head coach Alex Austerberry was pleased with how they all got on and praised the whole group for their efforts after so long away from the field.

“It’s happy, exciting times,” he said. “Credit has to go to all the players because essentially they’ve had eight months out and it’s like a fresh start for everyone anyway!

“I thought Georgia Evans really came to the breakdown party and had a real presence there. She got her head into some real battles and defensively and carrying-wise we saw a lot of her. We knew what we were going to get from her and I think she excelled on her debut.

“Holly linked well in the backline and we scored a couple of tries where we got to the edge quite quickly. Youngster Kelsey Clifford came on at tighthead and from her first scrum we got a platform to attack and I think we scored a few phases after that.

“Swordsy did well; her game has evolved management-wise and it’s exciting to have her back on board. It’s really good to have Tam both in a coaching capacity and playing one; she got on the field and in the past 15 minutes it was a case of experienced heads making good decisions and it gave us a degree of further confidence.

“You’ve got the likes of Sydders coming back and Emma making their second debuts, and we were happy with everyone. A mention for Georgie Lingham who I thought put in a really impressive performance and showed she’s made the most of lockdown and being back at training.

“Nothing is going to be perfect in game one but if you look at it, we’ve got five points, we’ve had a real tough runout which will benefit us hugely going forward and we’ve got people with their debuts underneath their belt so I’m pretty happy.”