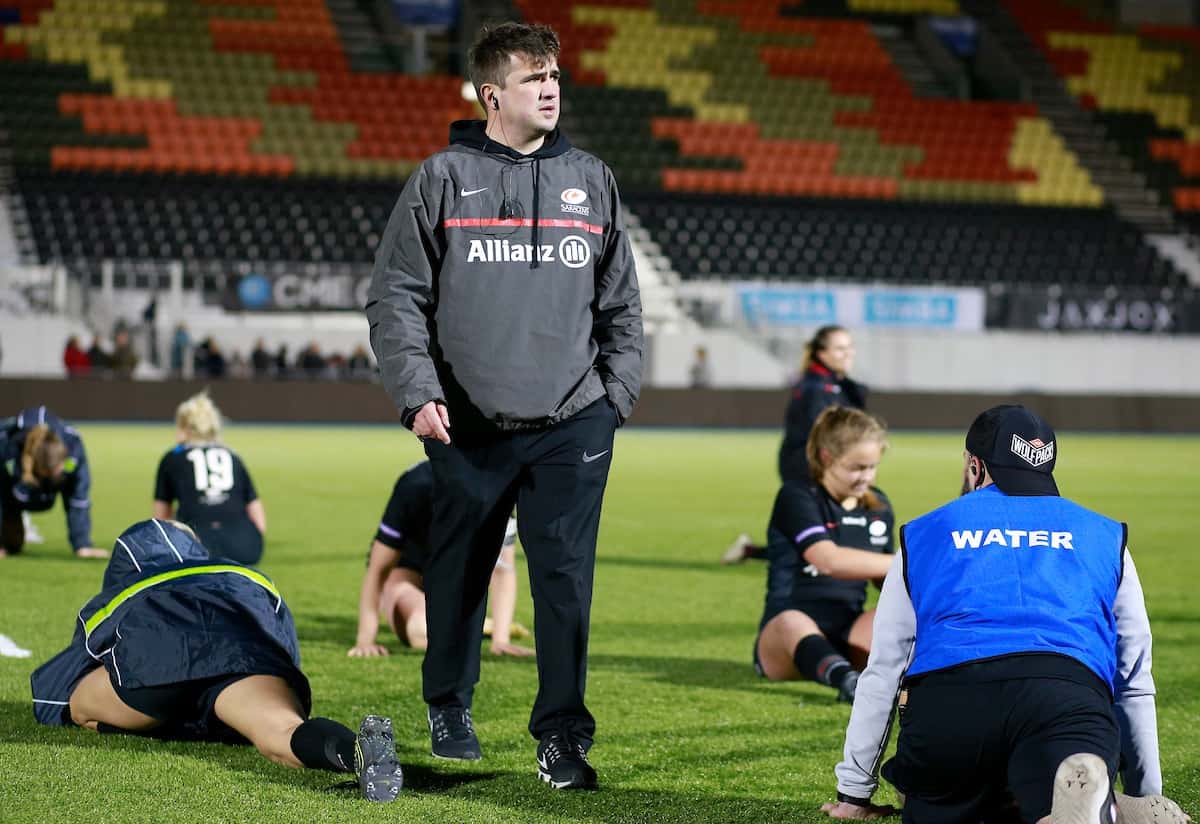 Saracens Women are over five weeks into pre-season ahead of the 2019/20 Tyrrells Premier 15s season and, despite the extreme heat, Alex Austerberry has been pleased with the work-rate from his players.

“It’s been hot, very hot! I’m glad that the players are doing a lot of the conditioning work and I’m not doing it.”

Another pleasing aspect for the Saracens Women Head Coach has been the positive atmosphere at pre-season, even when the going has been tough.

“There’s a good buzz about the club which you’d expect. A lot of energy, a lot of people wanting to better themselves and in doing so make the team better and us as a club stronger.

“We’re in a good place and hopefully in five weeks we’ll be in an even better place and ready to take the season head on.”

Another key aspect of the opening five weeks has been the absence of number of the Saracens Women international contingent with players taking a break over the summer.

Added to the fact that other players are enjoying well earned holidays away from work and it has fallen on members of the squad that maybe don’t enjoy the limelight to step up and drive standards at pre-season.

“They’re not lesser-known here. It’s the outside rugby world that’s probably not quite appreciated the quality and potential of some of those players.

“I mean last season’s success was underpinned by the depth and quality of the players that came into the first team and that was testament by what the second team did as well.

“They are the players that are the life and blood of the club and we’re excited that they’re going to get better.”

Austerberry is also well aware of the value of having competition for places. Not only to ensure they have they required strength and depth over a long season, but also to help individual players develop and maximise their ability.

“They’re going to challenge the players who might have been away with their countries to be better because if not, they might have their Saracens shirt taken away by the players that are currently running around.

“That’s what we want. We want competition that drives people to be better, but also, we want to help develop our players that are in the group to fulfill their potential.

“If we do that, we’ll get a good balance and it’ll be exciting to see what type of performances the entire group put out.

“Whether that be players who have been capped however many times for England or someone who is relatively new to the club or gone through the development group last year.”