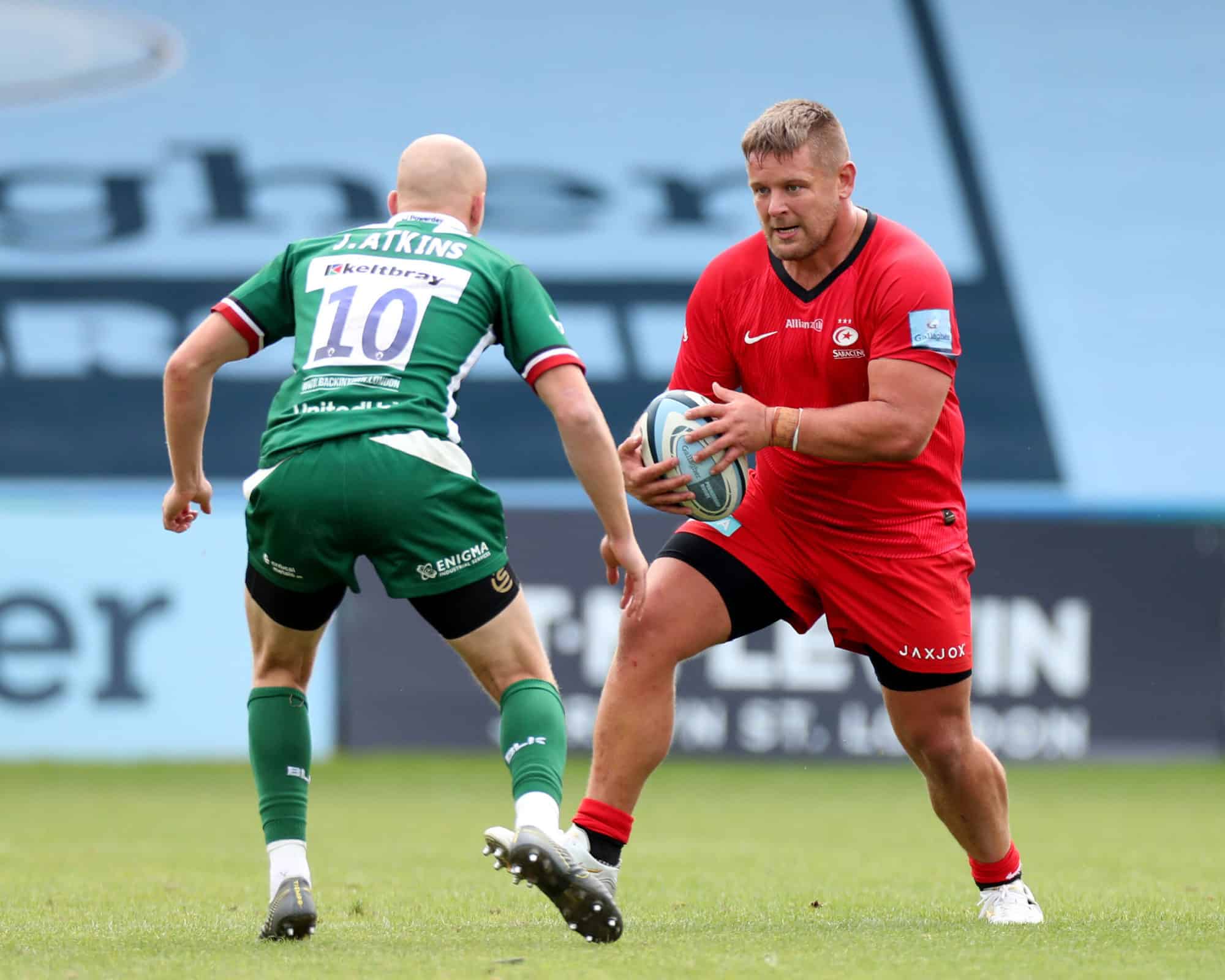 Barrington happy to be back

Richard Barrington is just happy to be back playing again after a five-month absence from the game.

The prop will make his third start in a row for Saracens on Saturday against Wasps and goes into the match having scored twice last time out.

Barrington said: “The second half was really pleasing against London Irish. We pride ourselves on our defence so to shut them out completely was great and to score twice myself made it even sweeter!

“I’m not far off reaching 200 games for this club which would be amazing and hopefully I can achieve that.”

“I don’t score too often so when I do it’s a great feeling and I was just happy to help the boys out.

“I’m just glad to be getting minutes and starts after a long five months off. I got a bit restless in lockdown not being able to see the boys so being back and just playing rugby again is something I won’t be taking for granted.”

Barrington is just nine games away from 200 Saracens appearances and a teammate of his will be making a significant milestone this weekend.

Full-back Alex Goode will become the fourth player in Sarries history to reach 300 matches for the club when he runs out on Saturday.

“For anyone to reach that many games for one club is incredible,” Barrington said.

“Goodie has been a quality player for Saracens for a long time and deserves his moment this weekend.

“I’m not far off reaching 200 games for this club which would be amazing and hopefully I can achieve that.”