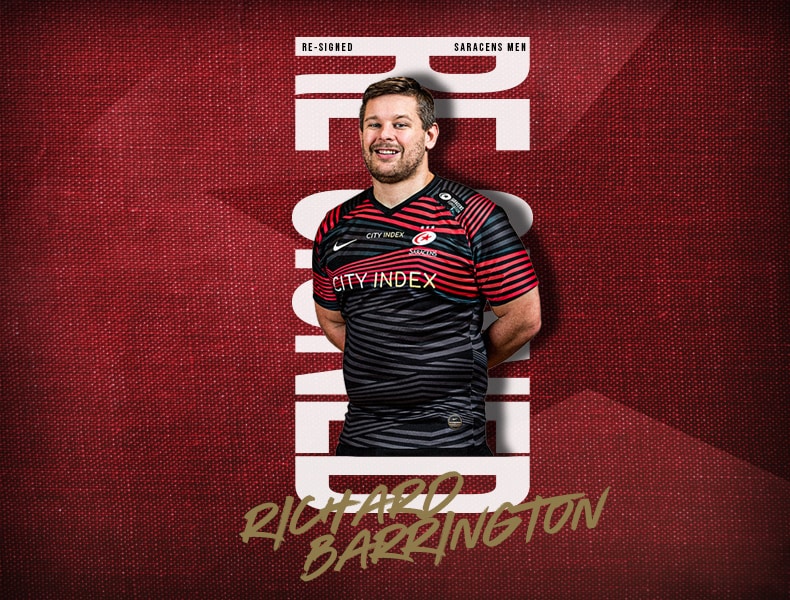 Saracens is delighted to announce Richard Barrington is the latest player to commit his future to the club.

The loosehead prop joins Scotland centre Duncan Taylor and wing Rotimi Segun in penning a new contract which will see him stay in north London until the end of the 2021/22 season.

Initially signed from Jersey for the Anglo-Welsh Cup in 2013, Barrington has become a cult figure at Sarries and is much-loved by fans, players and coaches alike.

“I’ve turned out to be a better player and person here.”

The 31-year-old has played a major part in the Men in Black’s success during his eight years at StoneX Stadium, helping Mark McCall’s side secure three European Cups, four Premiership titles and an Anglo-Welsh Cup in five seasons.

With his experience of the second tier, Barrington will continue to prove a valuable component of the squad as they look to be promoted from the Championship this term.

“Staying at Saracens was a no-brainer for me,” he said.

“I love this club. I’ve enjoyed being here since 2013 and I’m looking forward to the challenge ahead of getting the club back to where it was.

“A lot of people here are like family to me and we’re very close to each other on and off the pitch. I’ve turned out to be a better player and person here.”

Director of Rugby Mark McCall said: “It is difficult to overstate Baz’s contribution to our club.

“His level of consistency on the field is matched by his care and support for his teammates off the field.

“Richard is hugely popular and highly-respected and we are thrilled he has extended his time with us.”