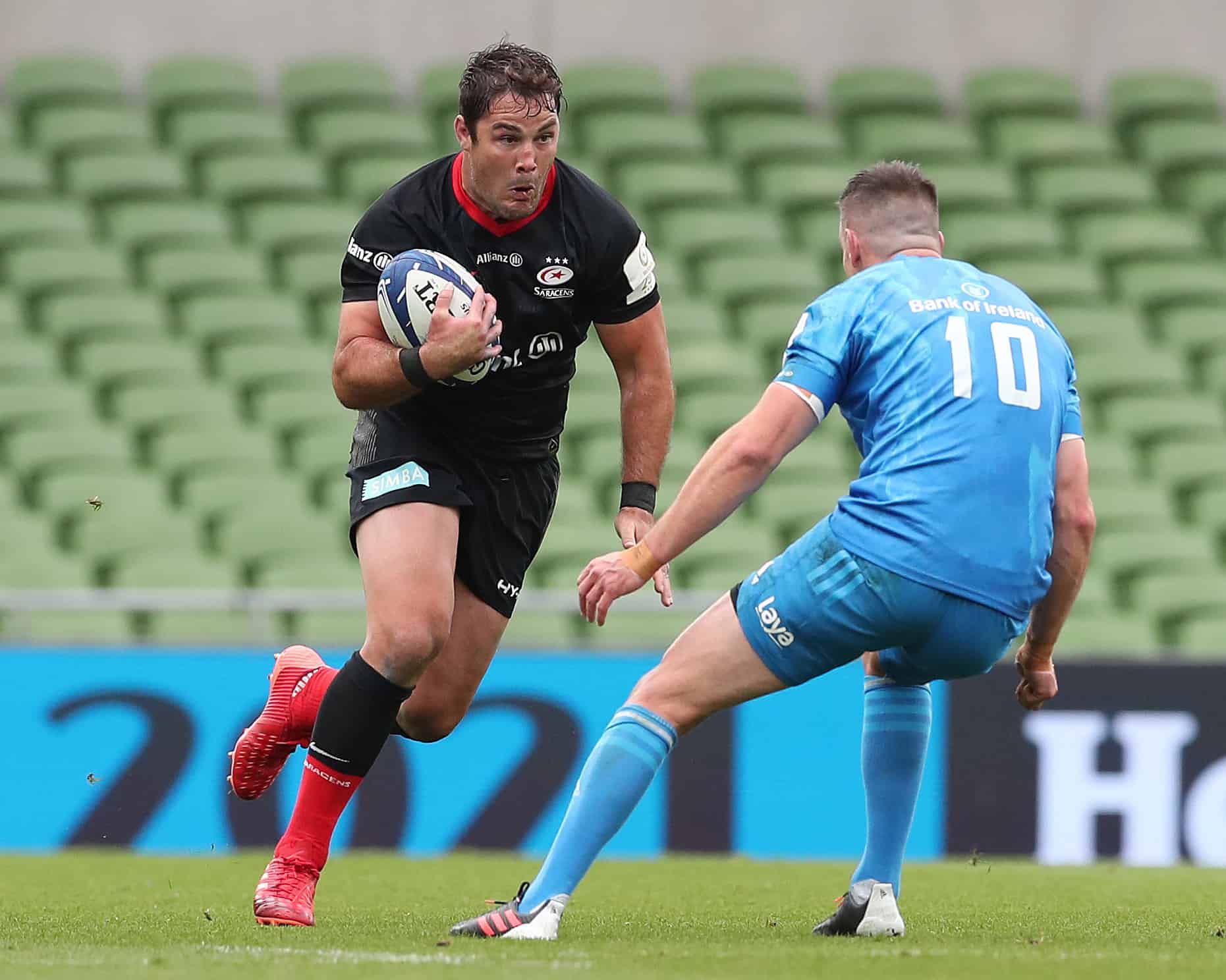 It was well pressed that Saracens were underdogs going into Saturday’s match against Leinster, but determination and togetherness saw them achieve one of their best ever results at the Aviva Stadium.

The Men in Black earned a healthy 22-3 advantage at half-time in the Heineken Champions Cup quarter-final and showed resilience in abundance to thwart a Leinster side who were aiming to make it 26 games unbeaten.

“We always want to represent the Saracens badge with resepct and honour and I couldn’t be more proud of my team.”

Captain Brad Barritt was at the heart of the strong defensive effort and the longstanding midfielder believes the club’s performance was of true Saracens character.

“This team has been built through hard work, adversity, resilience and I think it showed the true Saracens spirit,” he said.

“There’s been setback after setback, both mentally and physically in our team, but the togetherness of this group shone through.”

“It was just a lovely connection. Alex Lewington got up off first kick-off and set the tone. Physically we wanted to be aggressive in every collision and I think with and without ball we won the contacts against this Leinster team who have been formidable this season. It proved the vital stroke.”

The Saracens group have overcome large hurdles this season and from the outside looking in there could be many a guess as to why everything clicked in Dublin.

Barritt feels there is one major factor.

“I think the prospect of having another week together. We know after this season it’s going to be a slightly different looking squad and we knew we owed it to ourselves to have a big game that meant something to us.

“We’ve had to show a huge amount of character to play games that didn’t mean anything, but this was about fighting for something tangible. We always want to represent the Saracens badge with respect and honour and I couldn’t be more proud of my team.”