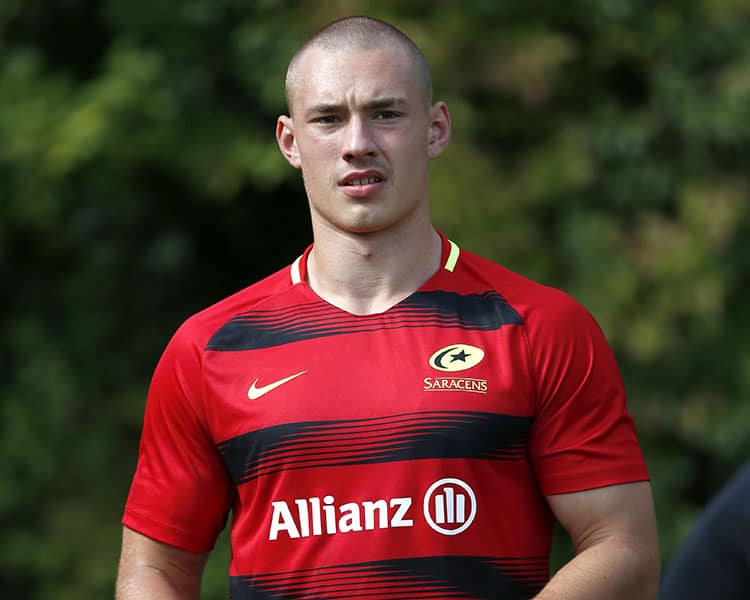 Harvey Beaton will make his first England Under-20s start when they travel to Scotland in the U20 Six Nations Championship on Friday night.

The Saracens Academy prop came on for his debut in the opening round victory overFrance last time out and will receive his second cap in Edinburgh.

Hooker Theo Dan will line-up alongside the tighthead for a second consecutive appearance in England’s number two jersey while Manu Vunipola retains his fly-half spot.

The 19-year-old hit two conversions against the French, a win which sees England second in the table on points difference.

Head coach Alan Dickens said: “The players have recovered well after a physical game in France on Saturday, analysed the match, and we’ve had a good week’s preparation ahead of Friday’s fixture.

“We’ve implemented a couple of new things ahead of the game and we know it is going to be another huge challenge that we have to take very seriously.

“The last time we played in Scotland they came out winners so we’ll be well prepared for what awaits us on Friday. It will no doubt be another challenging environment, but the players have shown they can handle that and I’ve been impressed by how quickly they have gelled as a group.

“There are always areas to work on and improve, but this is a new group, we had nine debutants at U20s level start last Saturday’s game so this team will only get better the more they play together and I’m expecting an improvement in Edinburgh on Friday.

“What impressed me on Saturday was our ability to adapt tactically and we know that will again be important against Scotland.”