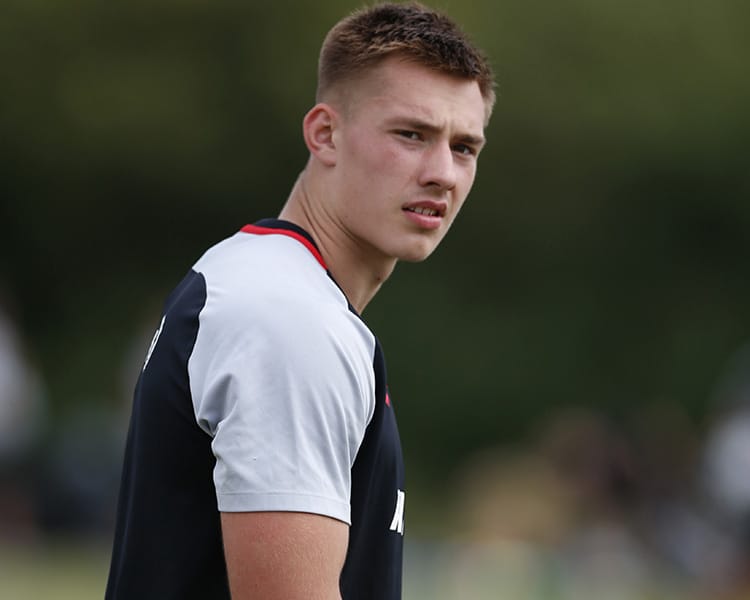 Beaton named in England U20 squad

Harvey Beaton has been named in England Men’s Under-20 squad for 2021.

The Senior Academy prop has been selected in a 32-man Elite Player Squad (EPS) by head coach Alan Dickens and is one of six players included who have already been capped at Under-20 level.

The player pathway programme is a vital development tool for future full international rugby. Of the 31 players selected in England’s 2019 Rugby World Cup squad, 81% played for England U20s, 77% for England U18s, while 87% came through a club academy.

Dickens said: “Selection for the squad has been based on a combination of things: the four previous regional games we had at St George’s Park, the work we do with the club academies and coaches, plus our knowledge of the players within the pathway. We can only name 32 in the EPS and there will be some disappointed players, but we have a much wider squad that we know will be involved and will contribute during the year.

“2020 has been a challenging year, but we faced that head on ensuring we had contact with players within the pathway – firstly by setting up calls between them and those in the senior England men’s squad. We then had mini regional camps which were something different but allowed us to get to know more of the players who were U20s eligible and we built from that into the four regional games. It has given me and the whole management team a much better platform to know the players better sooner and we’re really looking forward to getting back to preparations with this group.

“I’d also like to thank all the Premiership clubs, the academies, the coaches and Premiership Rugby for their support, particularly over the past year. It’s been a really collaborative effort.”