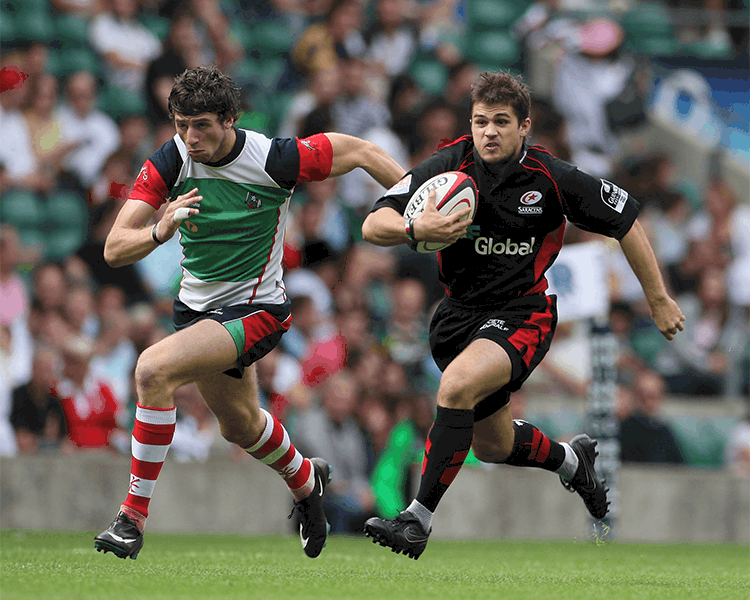 Behind The Scenes | James Tirrell

“At the moment I truly believe I’m in the best rugby environment there is,” says James Tirrell, a man who has lived and breathed life at Saracens for the best part of two decades.

Tirrell joined the club as a junior player at 14, was forced to retire at just 22 due to knee injuries, and now at 34 remains as committed as ever – perhaps even more so than in the past.

Ask a rugby fan to name a key figure at Saracens and many would likely respond with Owen Farrell, Maro Itoje, the Vunipola brothers Mako and Billy or director of rugby Mark McCall.

Not many would mention Tirrell, but his contribution to the club must not be downplayed and his dedication to the cause is absolute.

“I’ve been here since I was 14 so Saracens is a big part of my life. I’ve got a lot of friends here and I’m very passionate about the club. I just want to add value where I can,” Tirrell adds.

“I’m 34 now. I had a couple of years where I stepped away from Saracens to start my journey into coaching, but then I came back to the club working on the community side and with our partnership clubs and schools. I’m very grateful and quite fortunate I’ve been able to hang on for so long!

“I’ve coached in pretty much every part of the club. I started in the community side then moved into Under-16’s and Under-18’s. I helped coach the women’s side and I’ve done some of the Premiership Cup too. I’ve enjoyed every aspect of it and just want to get better and better.

“The people who have worked for Saracens understand it is a special place. You can’t take that for granted and I enjoy coming into work each day. It doesn’t seem like it’s been close to 20 years!”

Tirrell’s story is certainly unusual. His promising playing career was cruelly cut short but he has since focused fully on becoming the best coach he can be. Tirrell is undoubtedly on the right path.

As Saracens academy coach he is in charge of bringing through the club’s next generation of players while he is also involved in McCall’s first-team set-up.
Such is Tirell’s growing reputation that he has also worked with England Under-20 as an assistant coach. He helped the junior Red Rose side to win a Six Nations grand slam this summer.

“It was difficult to deal with, but as soon as I came to that decision, I said to myself I was going to go into coaching and I wanted to be a better coach than I was a player.

“As a player I played a couple of times for England Under-20 and for me to have now coached them has made me even more motivated to get better as a coach.

“Everyone wants us to be successful and win at the weekend. My role at the moment is to bring through the next Owen or Maro from the academy.

“If I can do that and help the club be successful in the next five years then I’m doing my job right. I try to help out the first team where I can with some aspects but my main role is academy coach.

“I’m really excited about the next two or three years.

“I think we have got some really talented players coming through. With the academy we try and help shape and improve the players as best we can.

“To work with England Under-20’s was a great experience. To be successful and win the Grand Slam was awesome. When you’re coaching at academy level, winning looks very different to what it does at international level. With England you’re trying to win a Grand Slam. With the Saracens academy, a win for us is Dom Morris or Manu Vunipola playing for the first team at the weekend.

“Seeing these boys develop into first-team players and starting for the club is massive for us. That’s what drives us each day – seeing those guys develop on their journey.”

Tirrell’s work at the Saracens academy has already bore fruit but he is not stopping there.

“I don’t see my injury as a bad thing because it’s given me the journey I’ve had. If you look at most coaches these days, they go from playing straight into academy roles,” he says. “My journey looks a little bit different because I had to go back to my local club Letchworth to start coaching.

“My coaching pathway is very different and I’m quite proud of that. It’s definitely made me a better coach in the long run, I hope so anyway. At Saracens I’m in the best position to learn as a coach.

“I’ll see where that takes me. I did love the England role because it was something new and if an opportunity like that came up again then it would definitely help me become a better coach. I don’t know what’s going to happen in the next five years – I’m just enjoying the moment.”