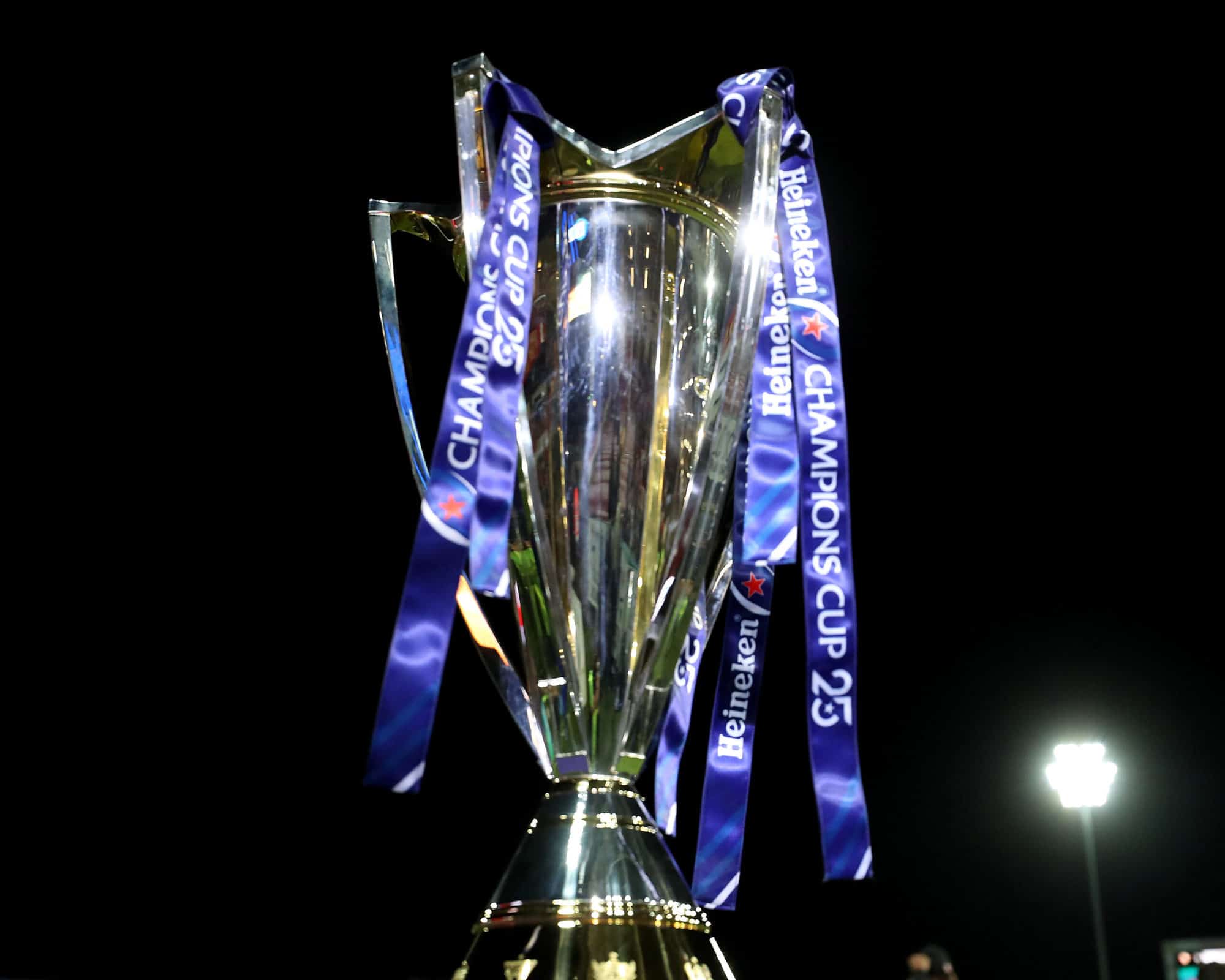 Saracens travel to Dublin on Saturday to take on top seeds Leinster in a mouth-watering Heineken Champions Cup quarter-final at the Aviva Stadium.

The Irish province won silverware on their last outing, defeating Ulster 27-5 to retain the Pro14 title for a third consecutive campaign while a young Sarries side scored five tries on their way to a comprehensive victory of Exeter Chiefs.

Here’s everything you need to know ahead of this weekend’s last eight meeting. 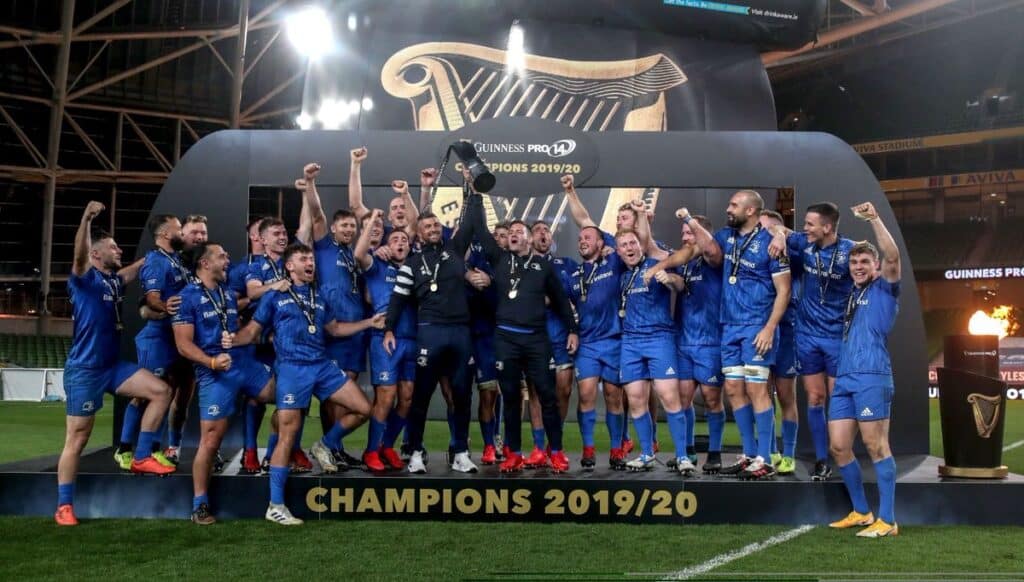 Since suffering defeat in the 2019 Heineken Champions Cup final to Saracens, Leinster have gone from strength to strength.

Leo Cullen’s side have won 25 out of 25 matches and lifted the Pro14 last weekend, winning the competition for a third consecutive season.

The Irish province have reached the knockout stage of the Heineken Champions Cup for a 16th time which is only bettered by Munster and Toulouse (18 each). They have won eight of their last nine last-eight fixtures, five of which have been against Gallagher Premiership opponents.

Leinster have won the European Cup four times, lifting the trophy three times in four seasons from 2009 to 2012 before adding their fourth title in 2018. 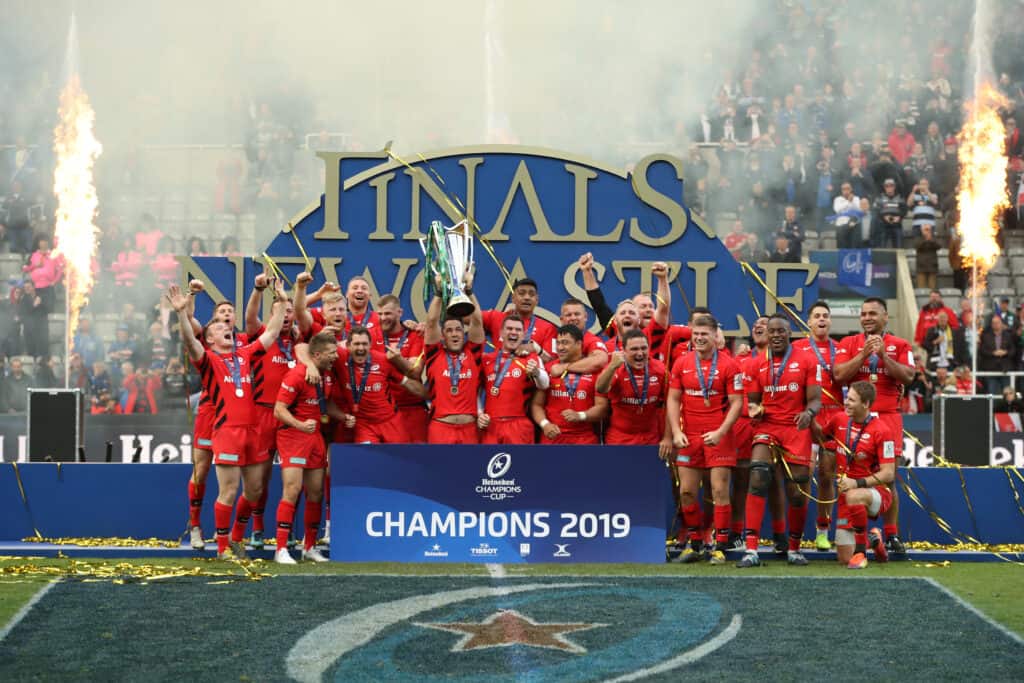 Saracens produced a brilliant comeback against Leinster to win the third Europe title of the club’s history.

The Irish side held a 10-point lead until the 39th minute but Sean Maitland’s try cancelled out Tadhg Furlong’s opener.

That momentum followed into the second half and Owen Farrell kicked a penalty just before the hour before converting a Billy Vunipola close-range effort.

It completed a total of 20 unanswered points for Sarries whose dominant display saw them end their 2018/19 European campaign unbeaten on their way to becoming the first English side to win three Champions Cups.

A WORD FROM BOTH CAMPS

Leinster head coach Leo Cullen: “Saracens on their day, we know the threats that they have, they’ve had some changes but they still have such quality throughout their team, some world class players in there so we need to make sure we’re peaking week on week basically at the moment.”

Saracens Director of Rugby Mark McCall: “It’s definitely going to be a little bit different (to the team that played last season’s final) but the core of the 23 is identifiable as a team who have played a lot of knockout rugby over the past five years.” 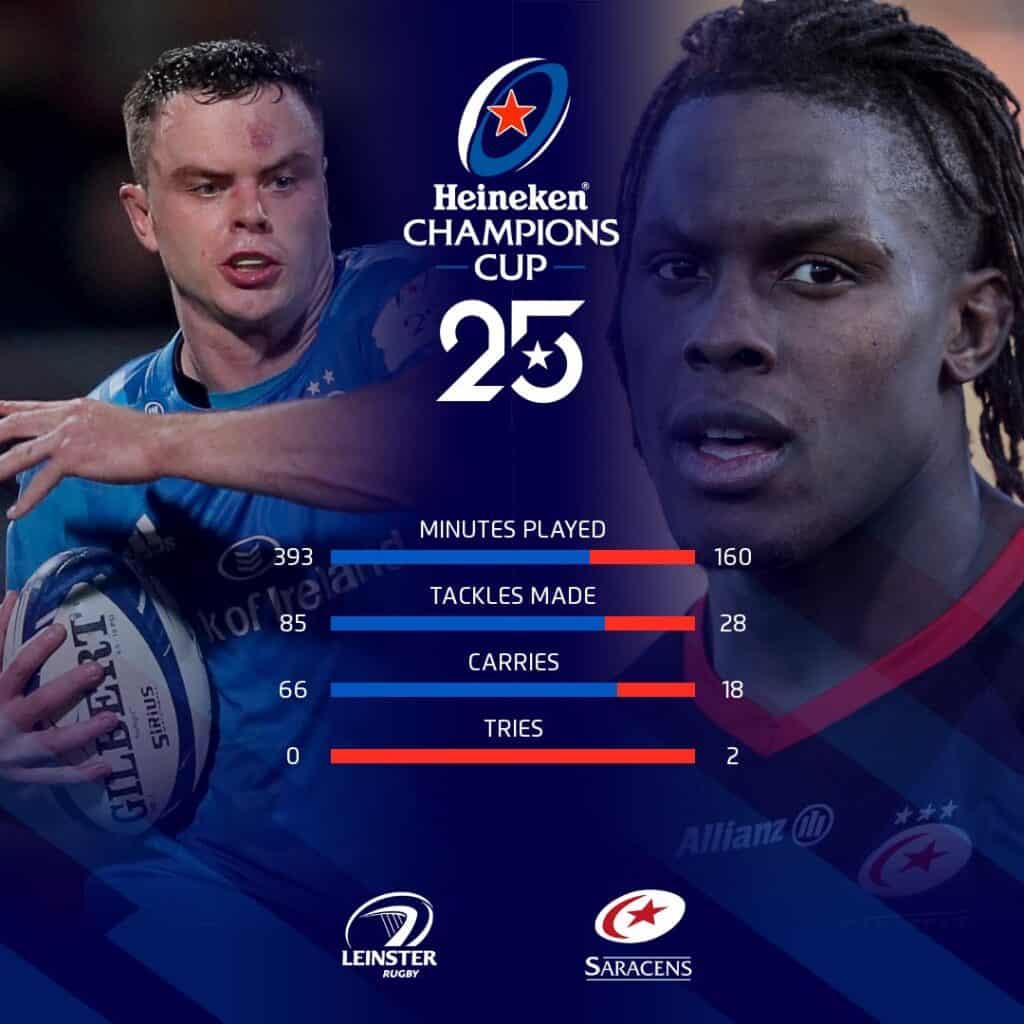 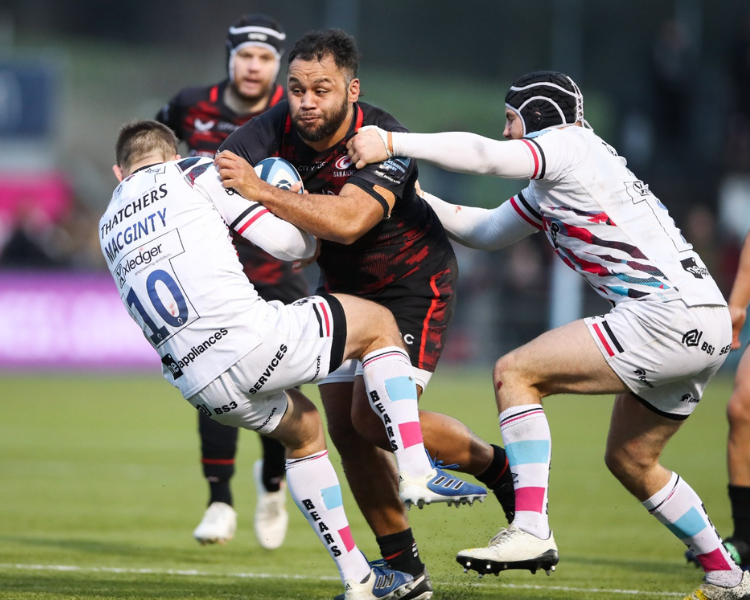 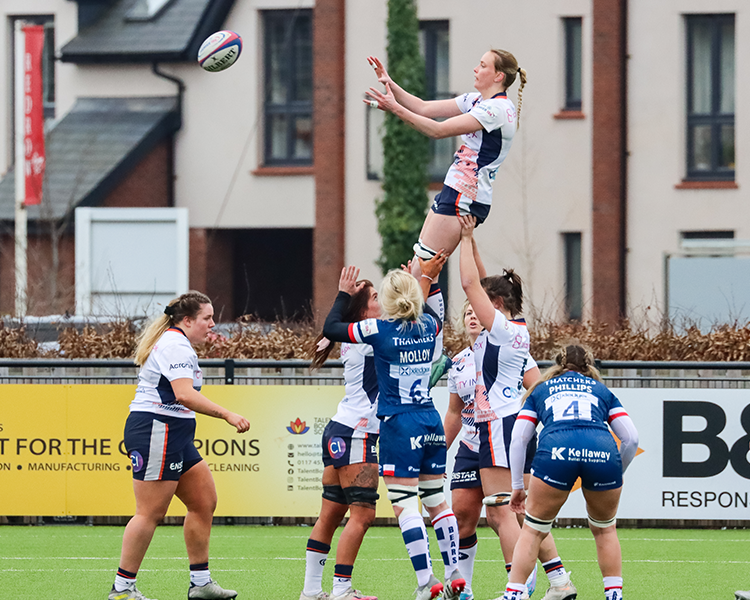