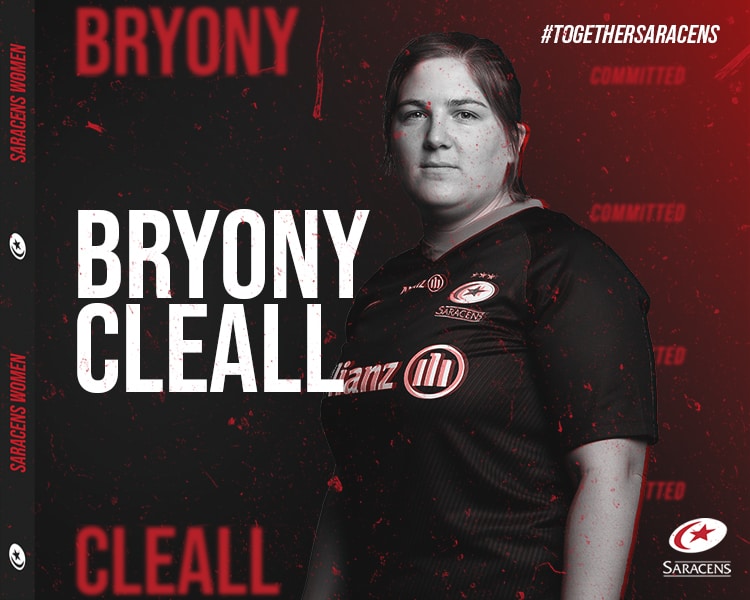 Saracens Women and England international Bryony Cleall has committed her future to the club.

The 28-year-old has been with the Women in Black for four years and was awarded Supporters’ Player of the Year in 2017/18 – the year Sarries won the inaugural Premier 15s title.

“Saracens lead the way in the support given to us as players and it’s exciting to be involved.”

At 17, a serious knee injury curbed the prop’s playing prospects for five years but she returned to the pitch in fine form, earning her maiden England cap during the 2019 Women’s Six Nations.

A scorer of 13 tries in the 2018/19 campaign, Cleall is a popular and integral part of the Saracens Women squad.

“I’m excited to re-sign with Saracens again,” she said.

“I have been here for the past six seasons and am looking forward to trying to take Saracens to more success on and off the pitch.

“Saracens lead the way in the support given to us as players and it’s exciting to be involved.”

Head coach Alex Austerberry said: “Having Bryony commit her future to the club is a huge positive. Last season was impacted heavily by injury but having seen how hard she has worked to return to fitness it will great to see her back on the field.

“Her playing ability is exceptional and has great physicality when ball carrying and has a wonderful skill set and rugby brain. To have all that in a tighthead prop is a very unique combination.

“Since joining the club in 2016, Bryony has continued to develop and has grown into a formidable force on the field and a consistent performer of the highest standard. I have no doubt that the season will see her performing at the best of her ability. That will have a huge impact on us as a side.”