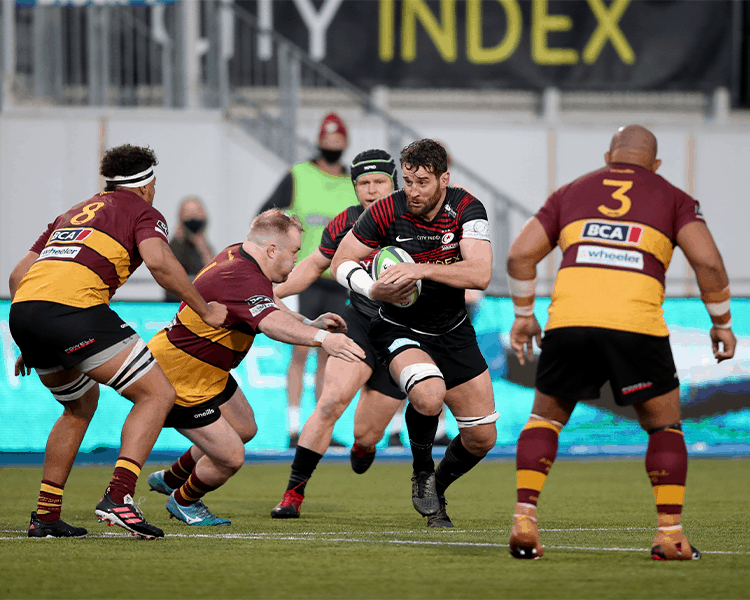 Calum Clark retires from rugby for new position at Saracens

Saracens can today reveal that Calum Clark has retired from professional rugby, however he will  remain with the club in the new position of Wellbeing and Personal Development Manager.

Clark, who joined Sarries in 2017 went on to make 57 appearances for the Men in Black, and he also gained one England cap as he represented his country in Paris against France before the 2015 Rugby World Cup.

The back-rower, who spent seven years at Northampton Saints before heading to North London has been studying the psychological side of sport, and he will now be staying on and working closely alongside David Jones, who is Head of Psychology and Personal Development at the club.

Clark is excited by his new opportunity at StoneX Stadium.

“In terms of being a player I’d say it’s been great to have had the opportunity to come and challenge myself at a club like Saracens. It hasn’t worked out the way that I had hoped as a player but I have met some great people and learned a lot about myself.

“For my next role, I have been studying hard alongside my rugby career for a number of years. I’m passionate abut improving the way in which the mental and emotional health of athletes is approached and handled.

“Thankfully this is an area that Saracens are also looking to improve and I feel very lucky to be continuing as part of the organisation. I’d like to thank the club for their support during what has been a particularly difficult period of time for me. I look forward to the opportunities and challenges that lie ahead.”

Director of Rugby Mark McCall is pleased that Clark will be embarking on a new challenge with his side.

“Calum will be working to further the clubs Personal Development and Psychology provision.

Having completed post graduate study in Psychology, Calum will be supporting players in various areas such as preparing for a career post Rugby and the mental and emotional aspects of professional sport.