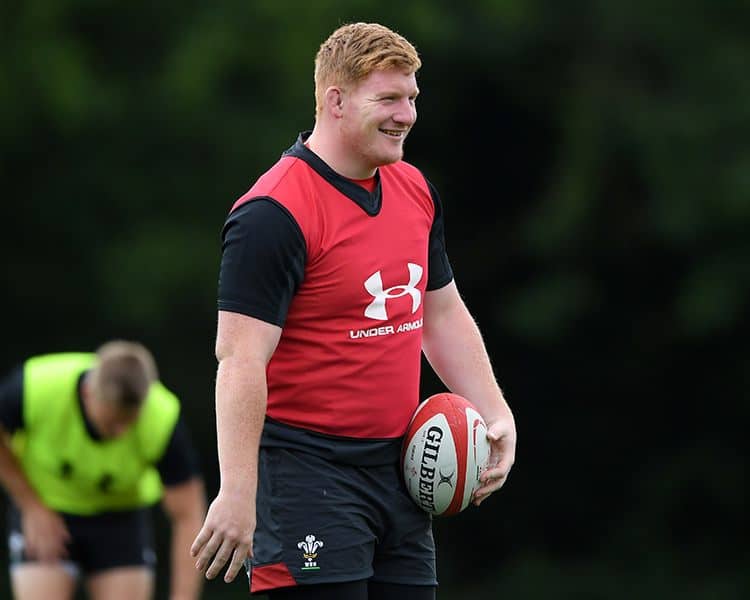 Rhys Carré is set to earn his first international cap for Wales on Saturday.

The prop has been named at loosehead for his country’s Test against Ireland at the Principality Stadium.

Carré has progressed through the Wales ranks to the senior side.

Carré nailed down the number one jersey at national age grade level and was considered a surprise inclusion in Warren Gatland’s provisional World Cup squad due to being uncapped.

An explosive ball carrier with a smart defensive mindset, the 21-year-old joined Saracens in the summer after impressing for Cardiff Blues in the Heineken Champions Cup and Pro14.

He makes his maiden appearance alongside fellow debutant Owen Lane.

“It is a great opportunity for Rhys and Owen, they have worked all summer to get to this point,” head coach Gatland said.

“It will be good for them to get their first international caps and put their hands up for RWC selection after the match.”

Liam Williams has been rested for the match.