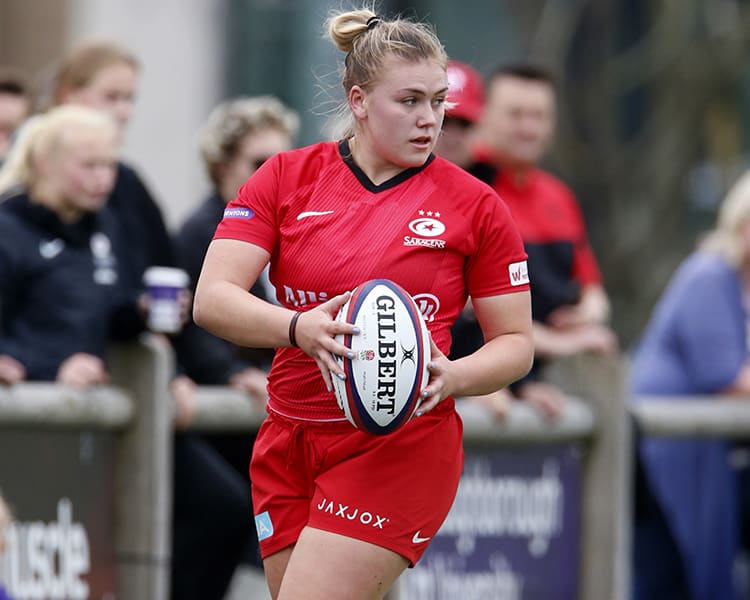 Saracens Women is delighted to announce the return of Mackenzie Carson.

The versatile forward, who can play hooker and back row, initially joined Sarries in 2019 and returns to bolster Alex Austerberry’s pack options having made a huge impact in her first spell.

A fierce competitor, Carson was awarded Sarries Players’ Player of the Year for her on-pitch efforts ahead of the 2019/20 season being curtailed.

She is now the fourth Canada international in the squad following in the footsteps of Sophie de Goede, Alysha Corrigan and Emma Taylor.

“The impact she made at the club was immense and was recognised by her peers in receiving the Players’ Player award.”

“I loved being part of the group last season before the COVID-19 pandemic,” Carson said.

“The work ethic and intensity the girls bring every session drives me to be better and challenges our opponents in every fixture. The style of play at Sarries is both physical and dynamic which has helped me develop all areas of my personal game.

“The entire setup from the staff, to the facilities, is very professional and is paving the way for women’s rugby. I’m very fortunate to have been allowed to return to Canada to continue my recovery from injury and spend time with family over the past few months. However, I’m absolutely buzzing to be heading back to north London running out with the girls in the coming months.”

Head coach Austerberry said: “Having Mackenzie return back to the club was planned from the end of last season.

“The impact she made at the club was immense and was recognised by her peers in receiving the Players’ Player award. Dynamic, powerful and the ability to change a game in seconds, to see Mackenzie wearing the Saracens badge again is something that is very exciting.”