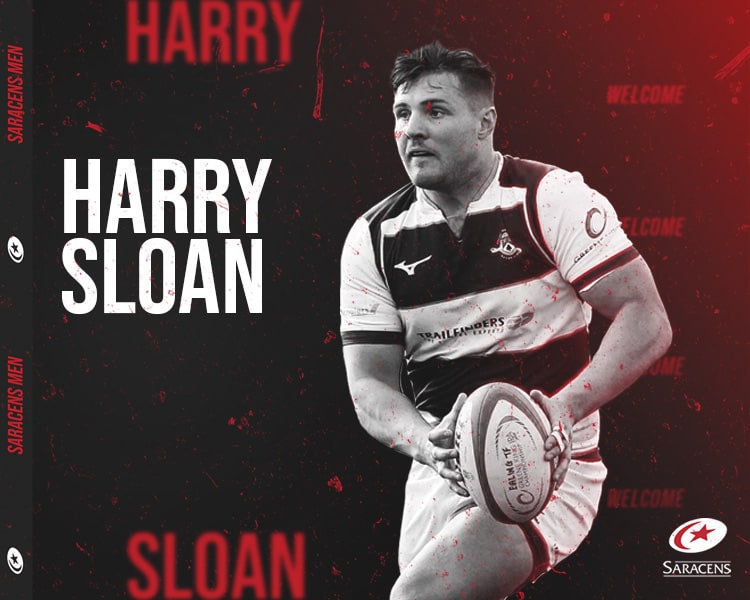 Saracens is delighted to announce the signing of centre Harry Sloan from Ealing Trailfinders.

The 26-year-old spent the last two seasons at Ealing and helped the west London side to successive second-place finishes in the Championship.

“I feel like Sarries is the best place for me to develop and hopefully perform to the ability I want to perform to.”

Sloan also has a feel for Premiership rugby having made 36 appearances in all competitions for Harlequins, where he came through the academy, prior to joining Ealing.

There will be a few familiar faces at Sarries for Sloan as he helped England Under-20s win the 2014 Junior World Championship alongside Nick Tompkins, Tom Woolstencroft and Maro Itoje.

Joining the club with the ambition of wanting to both improve and return to the Premiership, Sloan believes he is in the right environment to do just that.

“It was a brilliant opportunity for me to join the club,” said Sloan. “They got a real rich success and a great culture and it was a pretty easy decision.

“My ambition is to get back playing Premiership rugby, I was lucky enough to go to Ealing and get some games under my belt which was always a problem with a few injuries in the past.

“I’ve kicked on a bit and I feel like Sarries is the best place for me to develop and hopefully perform to the ability I want to perform to.”

Director of Rugby Mark McCall said: “We’re excited to welcome Harry to Saracens.  He is another player with experience of the both the Premiership and the Championship, and has a real desire to show that he belongs at the top level.

“This is a great opportunity for him to progress his game and we will do all we can to support him to that end.”