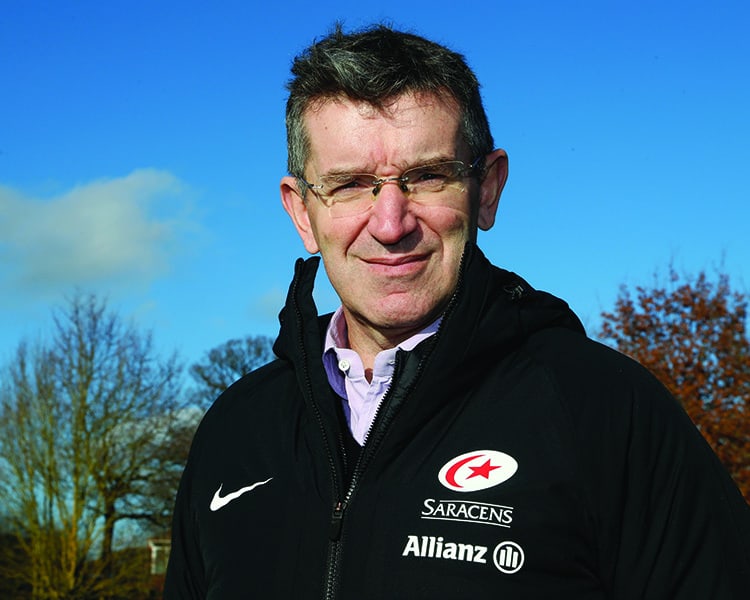 I hope that this finds all our supporters safe, well and as energised as I am after that wonderful performance from the Men’s team on Saturday afternoon in Dublin.

Very few pundits were giving the team a chance of coming away with anything from the clash with Leinster, who were on the back of a 25 game winning streak. But once again the players demonstrated what it really means to be a Saracen. Courage, commitment, togetherness, discipline, and no shortage of skill were in abundance at the Aviva Stadium and over recent days the playing and coaching group have received the plaudits that they so richly deserve. This is a very special group.

For the club it provides a very welcome boost as we continue to work hard off the pitch and plan for the future. Despite the continued uncertainty created by the ongoing Covid crisis and the challenges that it brings, there is much to be positive about. We are focused on maximising every opportunity that a season in the Championship presents us in 2020-21, aiming to add value to the Championship where we can. Over recent weeks you will have seen news of many of our Women’s players confirming their commitment to Saracens and some new exciting players joining the club. We want to remain at the forefront of women’s sport and look forward to the start of the Premier 15’s season when we will be striving to become Champions once again.

For our supporters we hope that Saturday’s win begins to reward the loyalty and commitment that you have demonstrated over recent months. I must say that we have been humbled by the generosity of supporters who have been able to donate their outstanding credit from the 2019-20 season and the ever growing number of supporters who are taking their credit forwards and committing to 2 or 3 year seasonal memberships. These actions and your continued support is making a really significant impact on the club’s financial position, so on behalf of the board, the players and coaches, the staff and everybody associated with the club I would like to take this opportunity to thank you.

You may not be able to take your seats in the stadium right now but you continue to inspire the team and help drive the club forwards.