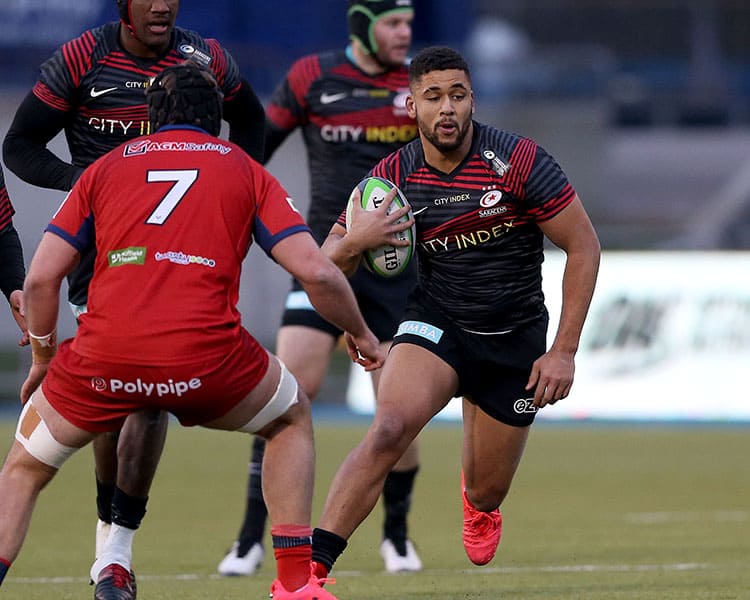 Christie getting a taste for what’s ahead

Andy Christie says the squad is progressing at a good pace as they continue to get vital minutes under their belt ahead of the 2020/21 Championship season getting underway.

The Number 8 scored from a beautifully executed pass from hooker Kapeli Pifeleti to round off an entertaining 48-33 victory over Coventry in Saracens’ penultimate pre-season friendly on Saturday.

“We’re getting more of a taste of this league and what the teams will bring.”

Sarries have now faced three second tier opponents before the new campaign and Christie believes the group are beginning to understand what teams will bring to the fore.

“As the weeks go on, we’re getting more of a taste of this league and what the teams will bring,” he said.

“Teams are really bringing it and we’ve got to match that and step it up. We’ve learned more lessons from another hard-fought game and we’re happy to be on the right end of the result.”

Saracens will travel to Coventry on Friday for the final match of pre-season before facing Cornish Pirates on the road on 6th March.

Christie added: “We had a couple of good defensive sets against Coventry and when we got the ball moving we looked dangerous. It sometimes took a bit of a kick up the backside but when we got there we were looking sharp.

“A lot of lads have had some good minutes in the last couple of weeks. More and more people are getting a flavour and taste of some game time and we’re bound to get better and better.”