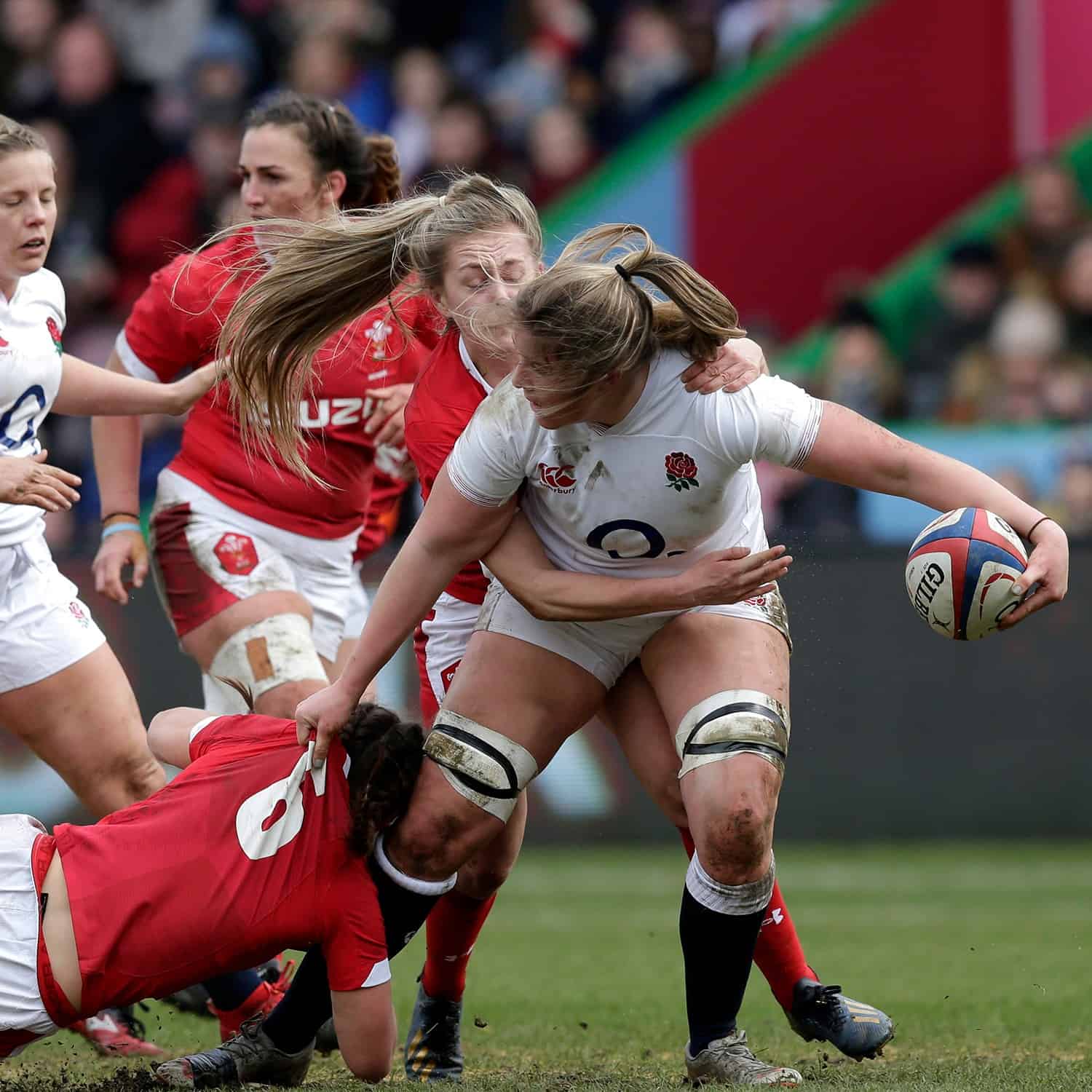 Poppy Cleall scored a hat-trick of tries as the Red Roses ran out 66 – 7 winners over Wales at Twickenham Stoop on Saturday 7 March.

The second row was one of four Saracens Women try scorers as Hannah Botterman, Vicky Fleetwood and Sarah McKenna also crossed the whitewash in a comprehensive victory for the home side.

Cleall got the try scoring underway as she went over twice inside the opening twelve minutes, showing her power close to the line on both occasions.

Fleetwood also scored in the first half as she finished off a typically powerful driving maul for her third try of the tournament.

Cleall completed her hat-trick in the second half as she picked up from the base of ruck and raced in from over 20 metres out. Prop Botterman, who came off the bench in the second 40, got in on the try-scoring action as she crashed over under the posts.

There was still time left for McKenna to get her second try of the tournament as she finished well in the right hand corner.

Watch your Red Roses stars at The Duel on Saturday 18 April!