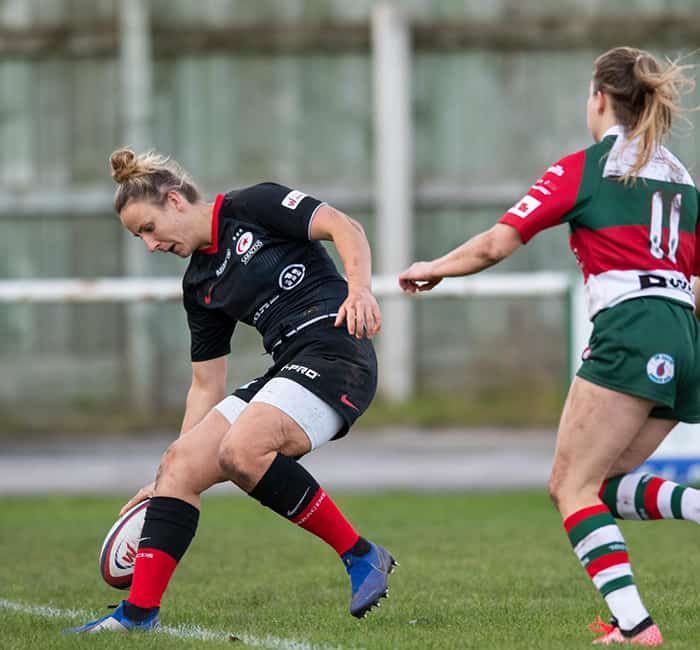 Cleall, Fleetwood and McKenna to start for Red Roses

Cleall and Fleetwood retain their places from the 53 – 0 win over Scotland with McKenna coming back into the starting line-up. Zoe Harrison has been named on the bench while Hannah Botterman is being rested after picking up a calf injury.

The sell-out fixture, the Red Roses’ first of the tournament on home soil, is live on Sky One, Sky Sports Action and free to view on Sky Sports’ YouTube channel (coverage begins at 12.15pm).

England Head Coach Simon Middleton said: “Our strength-in-depth and competition for places has seen us make a few changes.

“Like us, Ireland have performed well and in particular started their two games strongly. They haven’t conceded a point in the opening 20 minutes so the early stages of the game promise to be pretty explosive as both teams battle for the higher ground.

“The weather conditions over the last few weeks have been well-documented and overall the weather during our training sessions this week has presented a fair few challenges. In truth it’s been almost impossible to get through the quality of work we wanted to on the field, so our mental approach to the game and our attitude will be key. Last week our attitude was outstanding. The team met every challenge head on and put in a great performance in pretty appalling conditions.

“Our leadership group deserve a lot of credit for the way they’ve kept everyone together and impacted on both on-field and off-field sessions. The influence they have on the team, our preparation and ultimately our performances is growing every week.

“We also know we have a group of players who can rise to any challenge and a game to suit all conditions, we have shown that over the first two rounds and we know we have the qualities to do it again on Sunday regardless of whatever either Ireland or the weather throw up.”