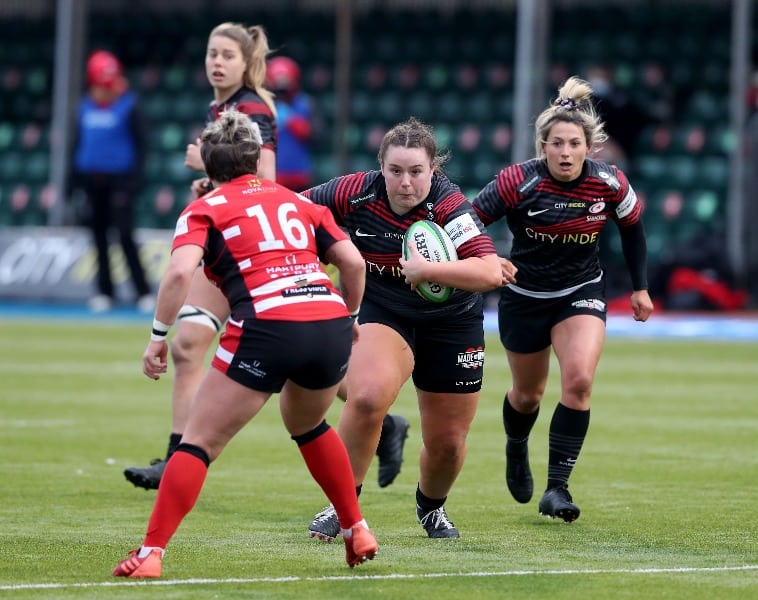 Saracens can today confirm that props Kelsey Clifford and Jeanina Vinueza Loyola have both committed to the club for the 2021/22 season.

The front-rowers have both been with the North Londoners over the last couple of seasons and add significant power to the scrum on a regular basis.

Clifford joined the club in 2019 and has since made 16 appearances for the Women in Black. She has played for England Under 20s, and also captained the Under 18s to show her leadership qualities.

“I’m really excited about the upcoming season and continuing my development as a player at Saracens with the help of all the coaches and players.” Said the prop.

Vinueza Loyola is a Spain international who has plenty of experience and will be looking to help Sarries get their hands on the Premier 15s title once again. She made her debut for Spain against Hong Kong in 2015 and played in the 2017 World Cup which took place in Ireland.

The front-rower is looking forward to another season at StoneX Stadium.

“Since I arrived at Sarries it’s been my family, I can’t think about anywhere else, and also I still have so much to learn!”