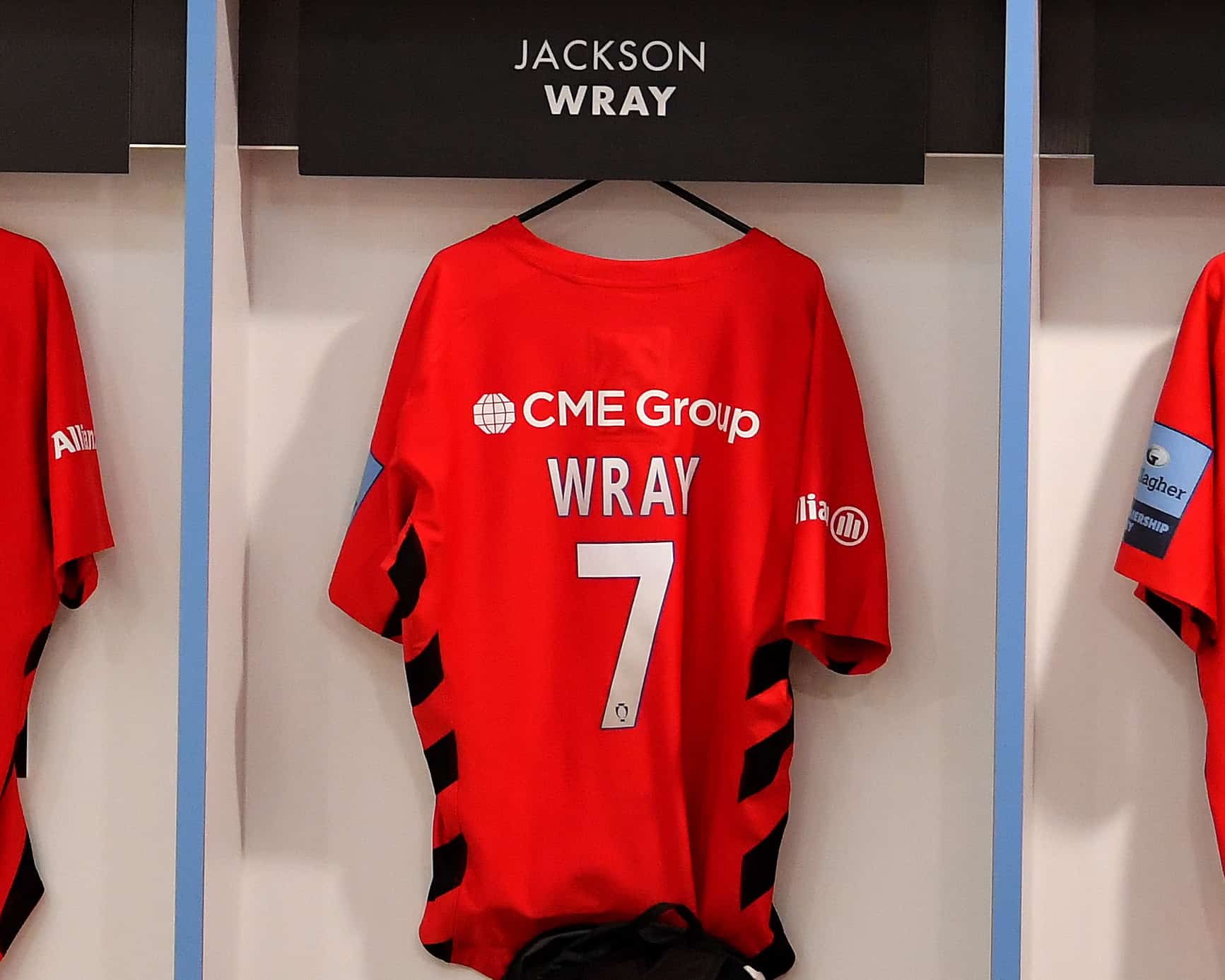 Talk to anyone connected with Saracens about Jackson Wray and they will say something similar along the lines of him being a great club man who epitomises everything the Men in Black are about.

It would be hard to argue that.

Wray is set for his 250th Sarries appearance this weekend when Mark McCall’s men take on Leinster in the Heineken Champions Cup quarter-finals. 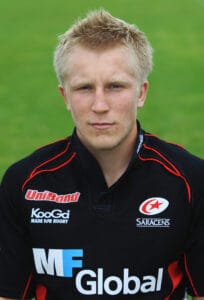 Such is his focus, he didn’t know he was coming up to the milestone before being prompted a couple of weeks prior to the fixture.

At 29-years-old and having signed for three more years in north London, Wray has the ability to add caps aplenty on his Saracens record and former teammate and close friend Will Fraser believes his mentality has led to him becoming a player for the younger group to look up to.

“It’s a phenomenal achievement for someone of his age to play that many games for one club – not just one club, but his boyhood club,” Fraser said.

“I don’t think you can underestimate the impact that he’s had. I’m extremely happy to have played alongside him for as long as I did, to be able to call him one of my best mates, to grow up together and I’m immensely proud of what he’s been able to do and to reach this massive milestone.

“He’s consistent with everything that he does. There’s no pick and choose mentality; every single game he rocks up and his 20th tackle in the game will be just as hard as his first. He’ll run through walls for you and do everything he needs to do to help the team as much as possible. With that level of selflessness, his consistency and drive to want to improve, he should have at least 20 England caps and I don’t think anyone will deny that.

“Jackson is the epitome of everything that is good about the club.”

“It unfortunately takes these moments to step back and really appreciate what he’s given us over the years and the value he brings. I don’t think you can underestimate how important and integral he has been to get the club to where it is. 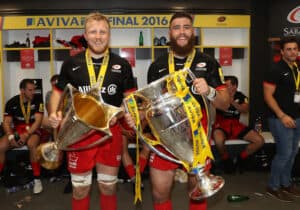 One young Saracens Wray has had a huge influence on is Ben Earl. Like Wray, the 22-year-old graduated through the Academy system and has leaned on his more experienced back rower for guidance and support along the way.

Earl appreciates the advice ‘mentor’ Wray has given him over the years and feels his approach has rubbed off on him.

“Jacko encapsulates everything that is good about Saracens,” Earl said.

“He’s been brilliant with me, helping me on and off the pitch. At the beginning it probably was a bit of a mentor-mentee relationship and it’s now to developed into what I’d like to think is a close friendship and we spend as much time together off the pitch as we do on it. He gets to know the individual as much as he does the player and I think that encapsulates how good a team guy he is.

“What I think is the testament of a true club player is those times during the Six Nations when we lose a high calibre of player, Jackson is always leading whether with the captaincy or not. He’s unbelievably consistent in everything that he does and 250 games is only the beginning for him. He’s done unbelievably well, he’s still pretty young and he’s got a lot more games to come. 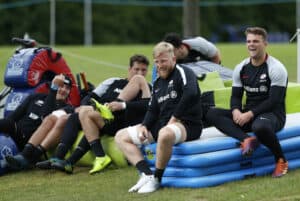 “He comes in every day and you know he’s going to desire not only himself to get better but the group to get better which is infectious and something that has rubbed off on me. It’s something you have to come in with otherwise players of his calibre are going to show you up and you’ll be left behind.”

Wray lines up at openside for Saracens on Saturday in the club’s biggest match of the season, a game everyone has been eagerly anticipating for a long time.

Since his debut against the Scarlets in 2008, he insists he has evolved a lot on and off the pitch and is excited his landmark game has much importance to it.

“It’s a really proud moment to reach 250 and it’s massive game to do it in which is always nice,” Wray said.

“A lot of people who have played a lot of games for this club who are still here and I think that says a lot about the way the environment is. I think for a lot of us the reason why we’ve been here so long is we love being here and love getting better.

“I’ve gone through a lot off the field with had family and having kids and it just feel like I’ve been on an unbelievable journey which I’m pleased is going to continue for a bit longer.”

On Leinster, he added: “We’ve been waiting for this game for a long time. These weeks bring out the best in us and I’m looking forward to us bringing out the best of each other this weekend and seeing where it takes us.

“We’ve worked hard to get here; we’ve had a rollercoaster of a European journey to get here for various reasons, but we’ve managed it and we’re coming up against a very, very good team we know well. We’re looking forward to it.” 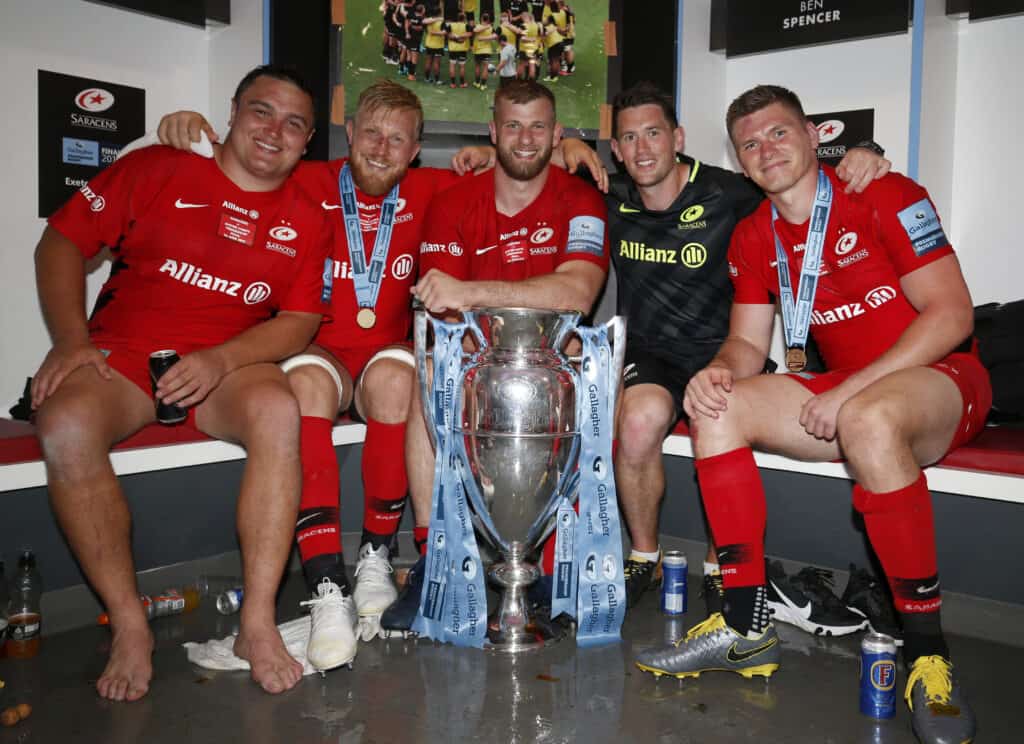