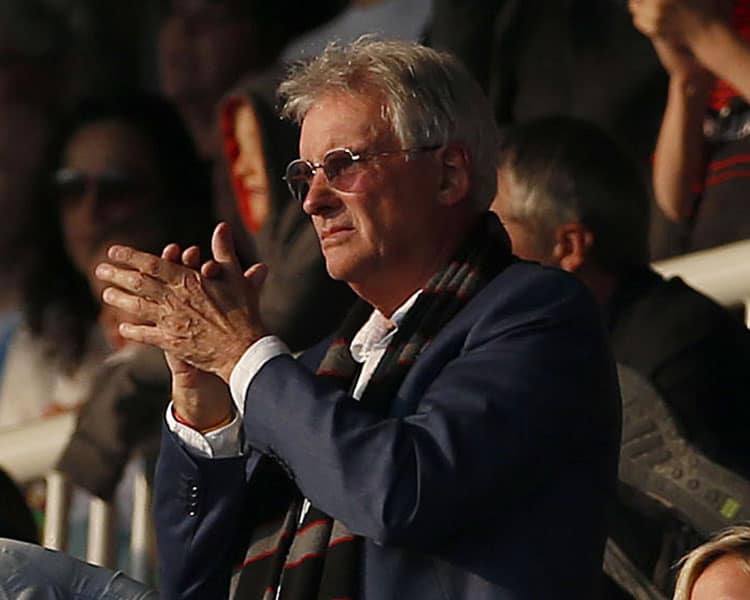 I am really sorry for the heartache that I have caused you due to my ill-considered approach to matters relating to salary cap compliance. My intention with co-investments was always to support players beyond their playing careers.

I recognise that the actions of the Club were described by the panel as ‘reckless’ primarily due to my failure to consult with PRL’s salary cap manager prior to entering into any agreements and then disclosing the transactions to him. I take full responsibility for this. We should have been far better.

Equally important is the Panel’s determination that neither the Club nor myself deliberately attempted to breach the cap.

As the matter is complex (the 103 page panel’s report of determination is available on PRL’s website), I thought I would take this opportunity to explain these one-off transactions that the Panel considered to be undeclared salary.

It is not my intention to rerun our defence but simply to summarise the main points of the Disciplinary Panel’s findings.

In 2017, I entered into property joint ventures with four players. All these transactions are long-term investments that run far beyond the length of a player’s contract and to date no personal financial value has been transferred.

The structure is as follows:

I should have declared these transactions to the salary cap manager prior to signing off the agreements.  I mistakenly assumed that as I had entered into personal property agreements with players previously that had been signed off by the Salary Cap Manager, a precedent had already been set.  Equally with many years’ experience in the property sector, I considered these investments to be equity investments as they bear equity style risks.  However, because I made my investments into the joint venture companies through directors’ loans (pursuant to accountancy advice) the entire amount has been deemed salary in the salary cap year in which they were made.

When playing for the Club, the player in question jointly purchased a residential property with myself and another Saracens director. The player lived in the house with his wife. He owned 80% of the property, with myself and the other director owning a 10% share each. Each party contributed equity for the purchase equal to their shares in the property (PRL had previously confirmed that equity investments of this nature are outside of salary for the purposes of the Regulations).

Having joined another club, the former player wished to purchase the directors’ stakes in the property through equal monthly instalments over an 18-month period. After initially complying with the payment plan, he was unable to meet the instalments due to personal circumstances. We wanted to help him and his family so agreed to a short delay in the repayments. Eight months later the former player moved to a new club where the owner of that club paid off the full outstanding amount to us directly.

The Disciplinary Panel concluded that the eight-month grace period (which straddled two seasons) amounted to a loan from connected parties of Saracens to the former player and, therefore, was a benefit in kind to a former player in accordance with the Schedule 1, paragraph 1(s) of the Regulations.

Consequently, the full amount of the purchase price paid by the ex-player to both Saracens directors was deemed to be undeclared salary for the 2017-18 season. The Disciplinary Panel noted that this “may seem unrealistic and even unfair”, but accepted that under the regulations the salary cap manager is charged with the task of determining salary within a particular salary cap year without reference to future events (i.e. the fact that we were paid in full by the ex-player eight months later).

The purpose of this transaction was to leverage the collective experience of the investors to help grow the player’s off-field commercial activities and generate income.

An indicative valuation was produced by leading firm PwC which the investors used to negotiate the purchase price. The valuation was also based on a 12-year term regardless of whether the player stayed at Saracens or not.

Based on an alternative valuation, PRL argued that the true market value of the shareholding was less than that paid by the investors.

The Disciplinary Panel concluded that the valuation relied upon by the Salary Cap Manager was reasonable and that, therefore, the difference between that valuation and the purchase price paid amounted to undeclared salary for the 2018-19 season.

The Panel also found that payments made to various third parties for scouting services over the three- year period constituted salary. This was because those third parties also operated as player agents and under the regulations any such payment is treated as salary.

MBN Events, a company owned by my daughter Lucy, arranges corporate hospitality events featuring high profile guest speakers from across the sporting spectrum. MBN entered into a commercial agreement with one Saracens player whereby it paid him a yearly lump sum of £30,000 to make a number of appearances at its events over the three-year period. The Club’s position was that this was a genuine commercial arrangement between MBN and the player, not disguised salary. The player appeared at several MBN events during this period. However, the Disciplinary Panel found that because Lucy is a connected party, the appearance payments made to the player were undisclosed salary totalling £95,000.

I appreciate there is a lot to digest but felt you were owed a full explanation. Again, I am sorry that this has caused so much upset to you and our sport.

As you know, the Club has already started to implement new processes to ensure nothing like this happens again.

Despite recent events Saracens is a family which has always brought me and my family so much joy. The team’s incredible form and the Club’s togetherness in recent weeks shows me the culture we have built is strong. Our vision, represented by a united group of players, coaches, staff, families and fans who care deeply for one another, endures.

Thank you all for continuing to unite behind the Club.