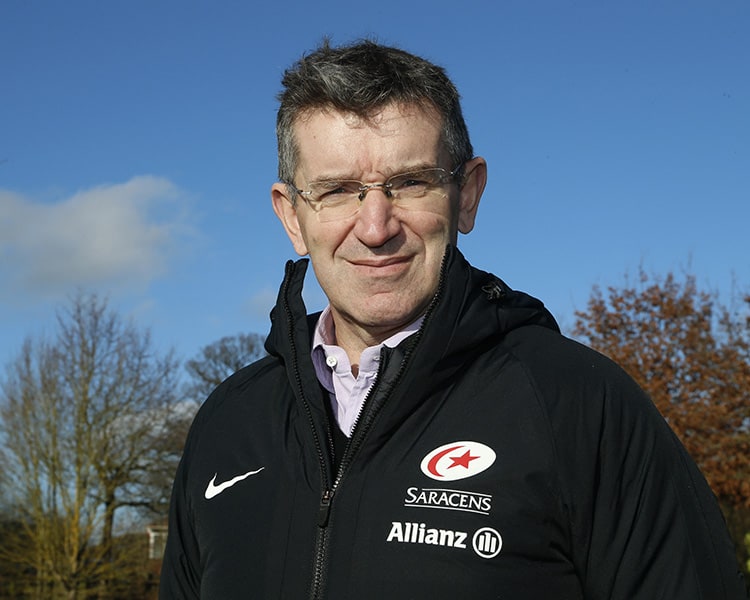 We hope this finds our supporters safe and well and looking forward to the prospect of watching some rugby soon, if not in person. After what can only be described as the most challenging period in the club’s history it’s been exciting for the club to be able to share positive news over the past month of players committing themselves to Saracens for the long-term as well as announcing our squad list for the remainder of the current campaign and the Championship season ahead.

The club is focused on the future and is setting itself high standards but given the history we thought it worthwhile to let our supporters, and other stakeholders in the game, know about the positive changes that we have made to how the club is governed.

“After what can only be described as the most challenging period in the club’s history it’s been exciting for the club to be able to share positive news over the past month.”

In my first message to our supporters back on 20th January I stated that: “My top priority is to ensure that our processes are robust and stand up to the highest level of scrutiny going forward.” You will therefore not be surprised to hear that one of my priorities over recent months has been the creation of clear lines of responsibility and communication around the salary cap, both internally and with the Salary Cap Manager at Premiership Rugby. We have established a Salary Cap Working Group, which new Board member Vic Luck chairs as Salary Cap Officer and includes senior members of both the training ground and commercial sides of the club. We have established complete transparency with the Salary Cap Manager at Premiership Rugby around all decisions related to our squad and the cap and will continue to do so as we move forwards.

We have also started the process of strengthening the Saracens Board and I am pleased to update that Vic Luck has been appointed to the Board and brings a wealth of experience and knowledge with him. Vic has enjoyed a high-performance business career, holding senior positions in a number of large organisations, including PwC. In recent years Vic has been active in a non-executive capacity in supporting a number of sports organisations including the Rugby Players Association, where he chaired the management Board for several years, and he is currently Senior Non-Executive Director at the English Institute of Sport. The contribution that Vic has made in recent weeks and months has been invaluable, particularly in his role as Chair of a new Audit & Risk Committee that has been overseeing all financial processes and working closely with the club’s Executive Officers to steer us through these most challenging financial times.

We very much look forward to welcoming you all back to the stadium when we are able to do so and, in the meantime, we can only once again thank you for your patience, for your loyalty and for your tremendous support of our club.