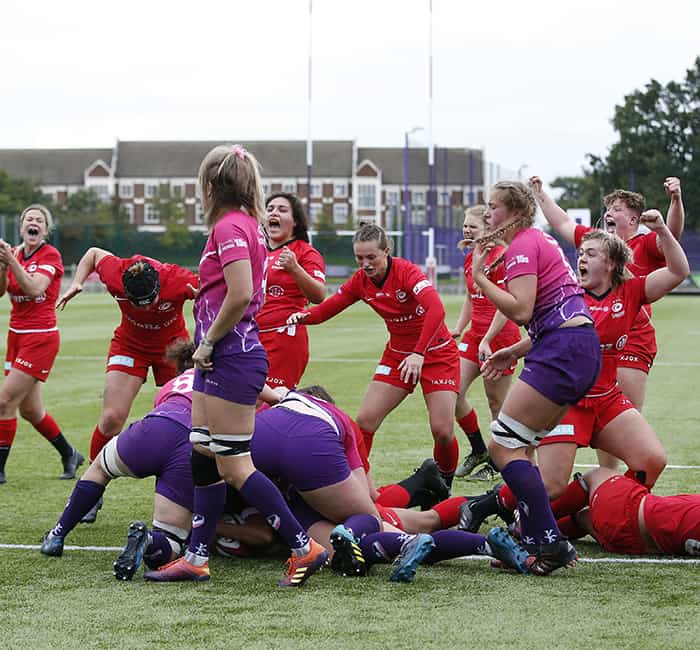 2019 has been another historic year for Saracens Women, on and off the pitch.

As well retaining their Tyrrells Premier 15s title and winning the Development League for the first time, 2019 saw the investment in Saracens Women double ahead of the current season including the introduction of match fees and greater alignment with the Saracens Men setup.

With so many options to chose from, we’ve tried to pick out some of our favourite moments from a memorable 2019.

Winning the title is one thing, backing it up and defending it a year later is another.

Saracens Women might have been going into the 2018/19 TP15s Final at Franklin’s Gardens as defending champions, but injuries to England trio Bryony Cleall, Vicky Fleetwood and Marlie Packer meant that some viewed challengers Harlequins as favourites for the big match in Northampton.

Poppy Cleall set the tone for the opening 40 minutes with a massive hit on her opposite number Jade Konkel straight from kick-off. 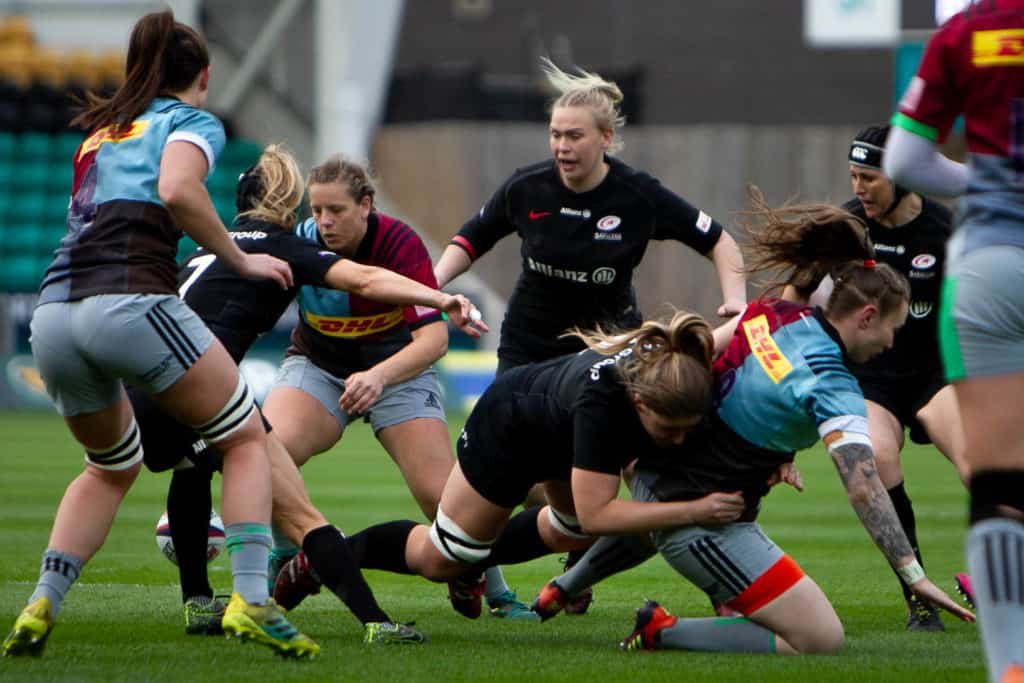 That set the team’s stall out as Saracens went on to play arguably their best half of rugby that season, racking up a 27 – 0 lead with Cleall and Zoe Harrison bagging two tries each and Sydney Gregson adding another.

Quins came back hard in the second half but never looked like truly troubling the Saracens lead with the women in black running out 33 – 17 winners.

2019 has been just as characterised by Saracens Women’s ability to secure wins despite being behind going into the closing minutes.

A trip to the East Midlands to take on Loughborough Lightning in March demonstrated that to a tee. Saracens Women found themselves 28 – 24 down with just over a minute left on the clock, having previously been 24 – 7 up.

However, the visitors kept their cool and focused on the task at hand. A superb kick-off from Zoe Harrison gave captain Lotte Clapp to regather the ball and win a penalty, which gave them a final attack in the Loughborough 22.

While Loughborough stopped the initial driving maul, they couldn’t hold off the wave of Saracens attacks with Hannah Botterman crashing over for the winning score and a 31 – 28 victory.

Winning when not being at your best

Even the best teams have days where things don’t click. It’s on those occasions that you sometimes have to just tough it out and fight your way to the finish. 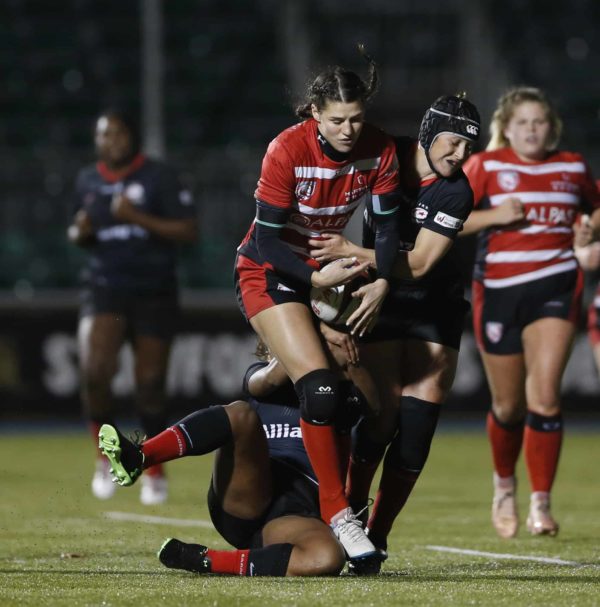 While the conditions were not the best for either team, it was the home side that arguably dipped below their standards.

However, in the second half in particular they demonstrated their defensive resilience to hold off the visitors, despite spending most of that time in their own 22 and having a player sent to the bin.

A double tackle by Jade Knight and Lotte Clapp to hold up the Gloucester scrum-half over the line highlighted this determination when under the cosh.

In the end a late Lisa Martin penalty ensured that Saracens Women left a wet and windy Allianz Park with a 15 – 7 win.

Saracens Women’s win over Harlequins Women last Saturday is not the only memorable second half comeback from the defending champions in 2019.

Quins were on the receiving end of a Saracens late finish when they visited Allianz Park at the start of 2019.

Saracens Women found themselves 28 – 12 down with five minutes to go before three tries in the closing minutes by Gregson, Hannah Casey and a penalty try gave the home team a winning start to the year.

They demonstrated that ability to finish stronger than the opposition in October as they once again made the trip up the road to face Loughborough Lightning. This time some outstanding attacking play from the home team gave them a 17 – 0 half-time lead.

The second half swung in Saracens’ favour as their power game to the fore and they took the lead with just seconds left on the clock as Libby Lockwood burrowed her way over the line.

Lisa Martin’s four successful conversions meant that the team returned to north London with a 28 – 24 win.