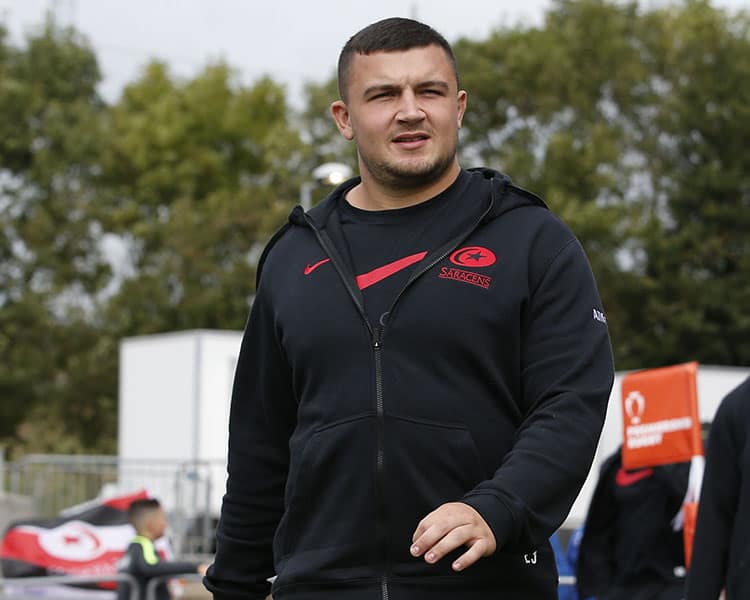 Crean and Watson to make England U20 debuts

Prop Sam Crean and centre Charlie Watson will earn their first caps for Alan Dickens’ side while Theo Dan continues at hooker for the third game running.

Harvey Beaton, who made his maiden start last time out, is named among the replacements.

England U20s have won their opening two fixtures, sealing a bonus-point over France in Grenoble, as well as a victory over Scotland in Edinburgh.

Ireland themselves have two bonus-point wins over Scotland and Wales.

Head coach Dickens said:“Friday sees us come up against a strong Ireland side who are also unbeaten in this year’s tournament and who are the U20 Grand Slam champions so we know how tough a challenge it is going to be. For us it’s all about building through the tournament and improving with each game and that is what I want to see on Friday.

Prop Sam Crean and centre Charlie Watson will earn their first caps for England U20.

“A feature of our opening two games has been the squad’s ability to be clinical and control the game at key periods, but also their spirit and we know that will be important on Friday.

“We’ve made changes so this is a great chance for those players to show how good they are and stake a claim for their rest of the Championship. We have some players unavailable due to club commitments so that is a great opportunity for them to get experience playing Premiership rugby and will no doubt aid their development as future senior professionals.

“For me to bring an England team to the ground I called home for over 10 years is an incredibly proud moment. I had so many highs here, most notably the Premiership semi-final win in 2014, and it’s special to be back so soon. The atmosphere that day was fantastic and I know the players are relishing being on home soil after two tough away fixtures.”