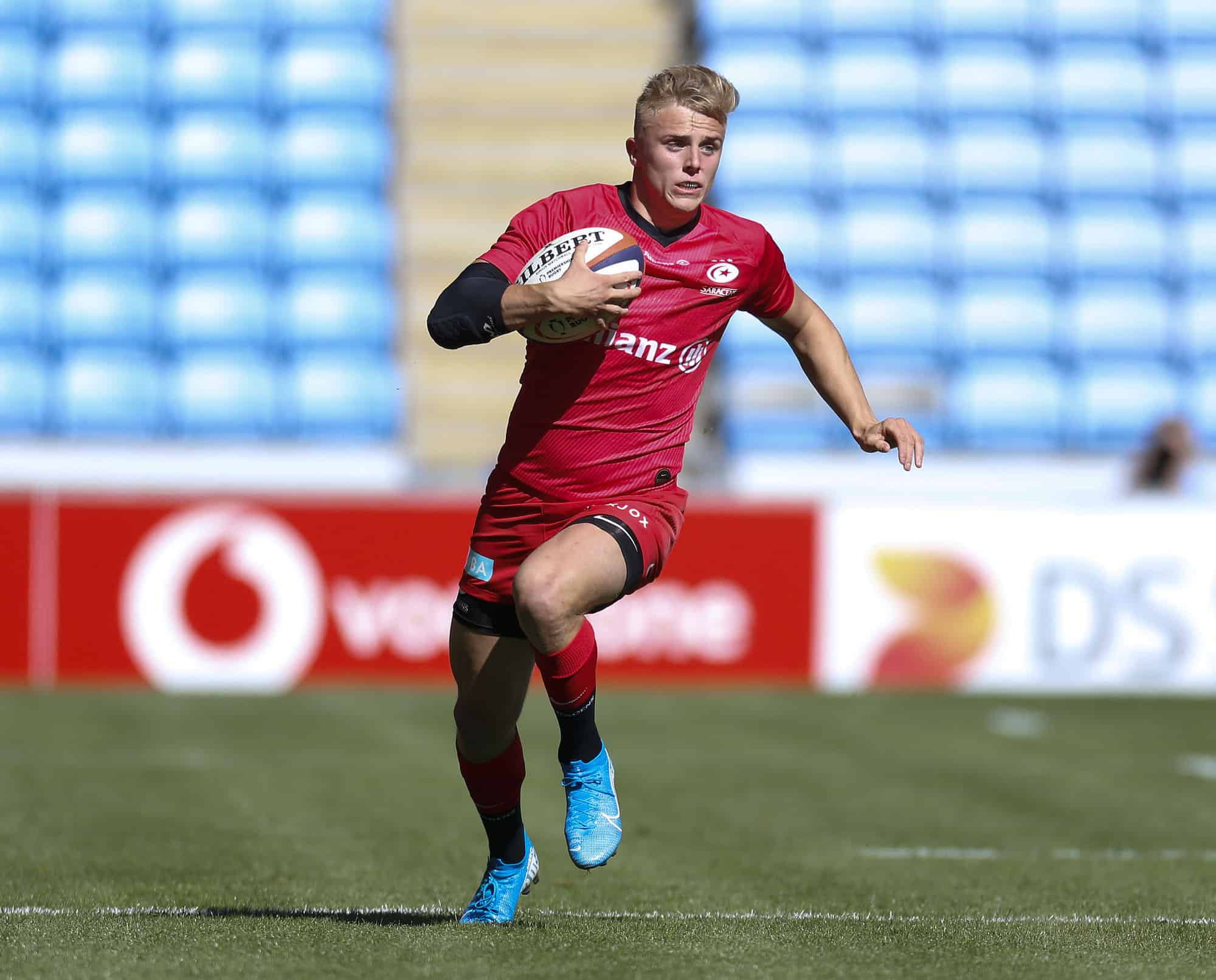 Ali Crossdale has been called up by England for a three-day training camp this week.

It is the first call-up for the Saracens winger who featured for his country at Under-20s level, last playing at the World Rugby U20 Championship back in 2018.

The 22-year-old is joined in the squad by seven other Saracens.

In total, eight Saracens have been selected for the squad.

Owen Farrell is available for selection following his suspension while Elliot Daly, Jamie George, Maro Itoje and Billy Vunipola all featured in the Men in Black’s final game of the season against Bath.

Prop Mako Vunipola is also in the 28-man group as is hooker Jack Singleton who is currently on loan at Gloucester.

The England squad will meet up at The Lensbury in south west London from Tuesday 6th October to Thursday 8th October.

Head coach Eddie Jones said: “Our preparation to build the team for the Italy game starts now. We have a three-day camp this week and another one next week then we’re into the week of our Quilter Cup match against the Barbarians. We’ll be slowly building up, working on the basics and working on team cohesion.

“We’re excited to be back together in camp representing England. This autumn we want to play for the fans and give them something to smile about.”

An updated squad will be confirmed ahead of England’s next training camp from Thursday 15 to Saturday 17th October.

England have six upcoming fixtures this autumn starting with the uncapped Quilter Cup against the Barbarians (25th October, KO 14H00).

Following a trip to Rome to face Italy (31 October, KO 16H45) in the final round of the delayed 2020 Guinness Six Nations, England will play four matches as part of the Autumn Nations Cup.