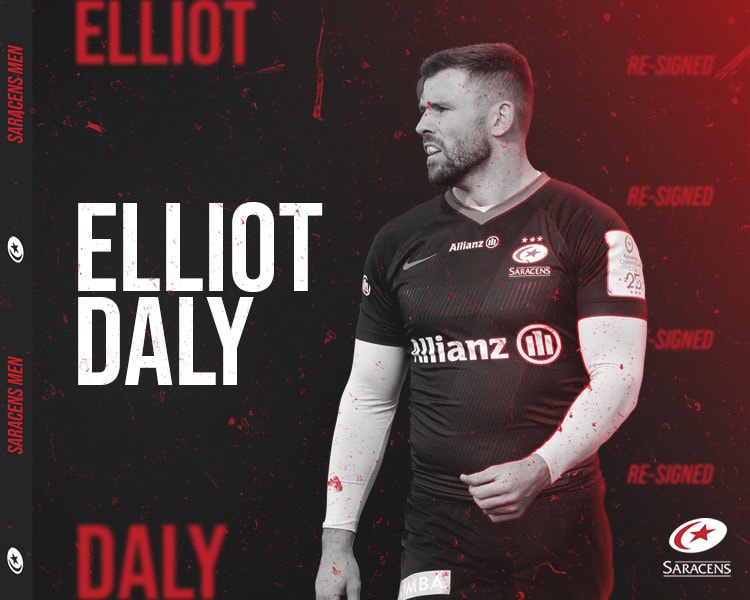 Saracens is delighted to announce England international Elliot Daly has committed his long-term future to the club.

The 27-year-old, who arrived from Wasps last summer, has penned a three-year contract with the Men in Black and will remain in north London until 2023.

“Despite his many achievements on the field Elliot remains incredibly modest and is highly respected within the group.”

Daly impressed on debut against Ospreys, slotting a penalty in the opening minutes before laying on two tries for Academy graduate Rotimi Segun.

The British & Irish Lion featured seven times for Sarries prior to the postponement of the season and is hoping to make some memories in the years to come.

“I haven’t been here that long but I really feel part of the Saracens family, so it was an easy decision,” Daly said.

“I’m looking forward to the next three years. Hopefully we can do some special things.”

Director of Rugby Mark McCall said: “We are thrilled that Elliot has committed his future to the club.

“He has been a pleasure to work with in his short time with us and there is no doubt that he will have a significant role to play in the exciting years that lie ahead.

“Despite his many achievements on the field Elliot remains incredibly modest and is highly respected within the group.”