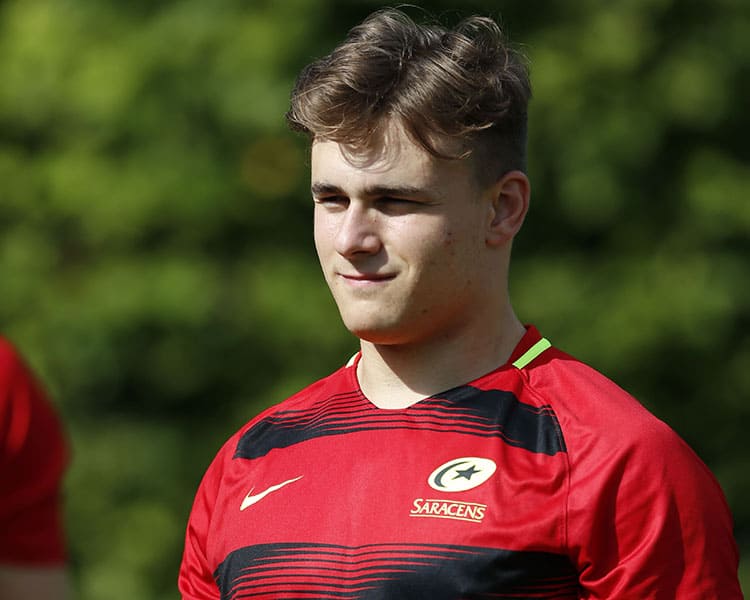 Three Saracens Academy players have been named in the England Under-20s side to face France on Saturday.

Hooker Theo Dan will make his debut for Alan Dickens’ side while Manu Vunipola starts at fly-half having already earned caps at this level.

Dan will make his U20s debut and Beaton could follow suit.

Prop Harvey Beaton is amongst the replacements and could also make his Under-20s bow.

Head coach Dickens said: “There is a huge challenge ahead for us on Saturday against a France side who are back-to-back World Rugby U20 Champions and they will be under pressure to perform in front of their home supporters.

“I’ve coached teams to play in France before and this will be a great experience for the players. It is usually a hostile atmosphere, they are hugely patriotic when it comes to rugby, and we are expecting no different in Grenoble.

“We need to have the ability to adapt, games of rugby are won by the team that can tactically adapt during the 80 minutes and that has been a big focus for us.

“Ultimately though you always have to go back to why we play rugby and that is for enjoyment and I want the players to remember that on Saturday night. If we enjoy it, get our processes right we will get the result.

“The attitude, skill level and commitment of the players in the time we’ve had together has been fantastic and I’m looking forward to seeing them put all that hard work into an 80-minute performance on Saturday.”