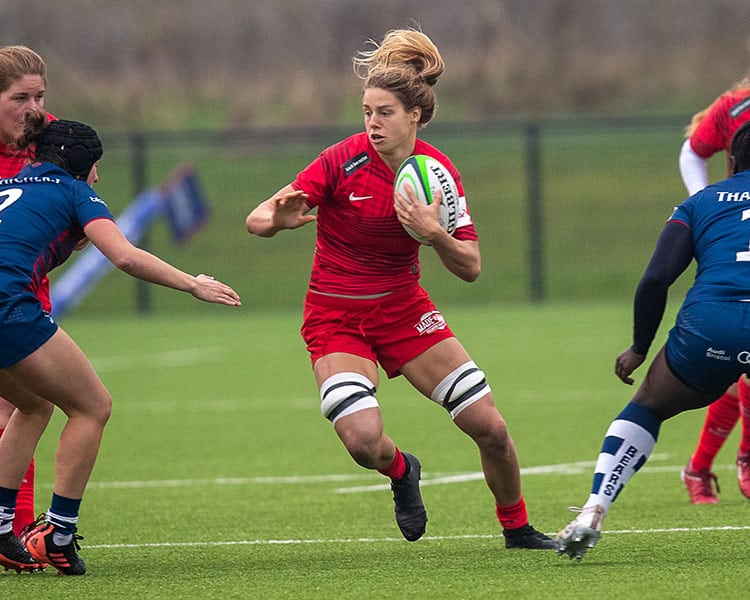 The Canada international had a huge impact on the side’s sixth consecutive Allianz Premier 15s win this season, scoring after eight minutes with a darting run from 20 metres out.

It was only her second start for the Women in Black, but her talent was on clear display as she won several key turnovers in the later stages of the match.

“I like to think the game always starts with the forwards, and the performance they put in really anchors your performance as a team.”

Featuring in a pack alongside two returning England internationals in Marlie Packer and Poppy Cleall, de Goede has expressed her eagerness to develop alongside such seasoned players.

She said: “I’m really excited to get to play with them more.

“I like to think the game always starts with the forwards, and the performance they put in really anchors your performance as a team.

“They are great back rowers and that’s a position I like to play, I can slot in at the row if needed.

“I’m really excited to keep running off their shoulders, watching what gaps they find in practice, watching that film back and speaking through it with them to see what they’re looking at.”