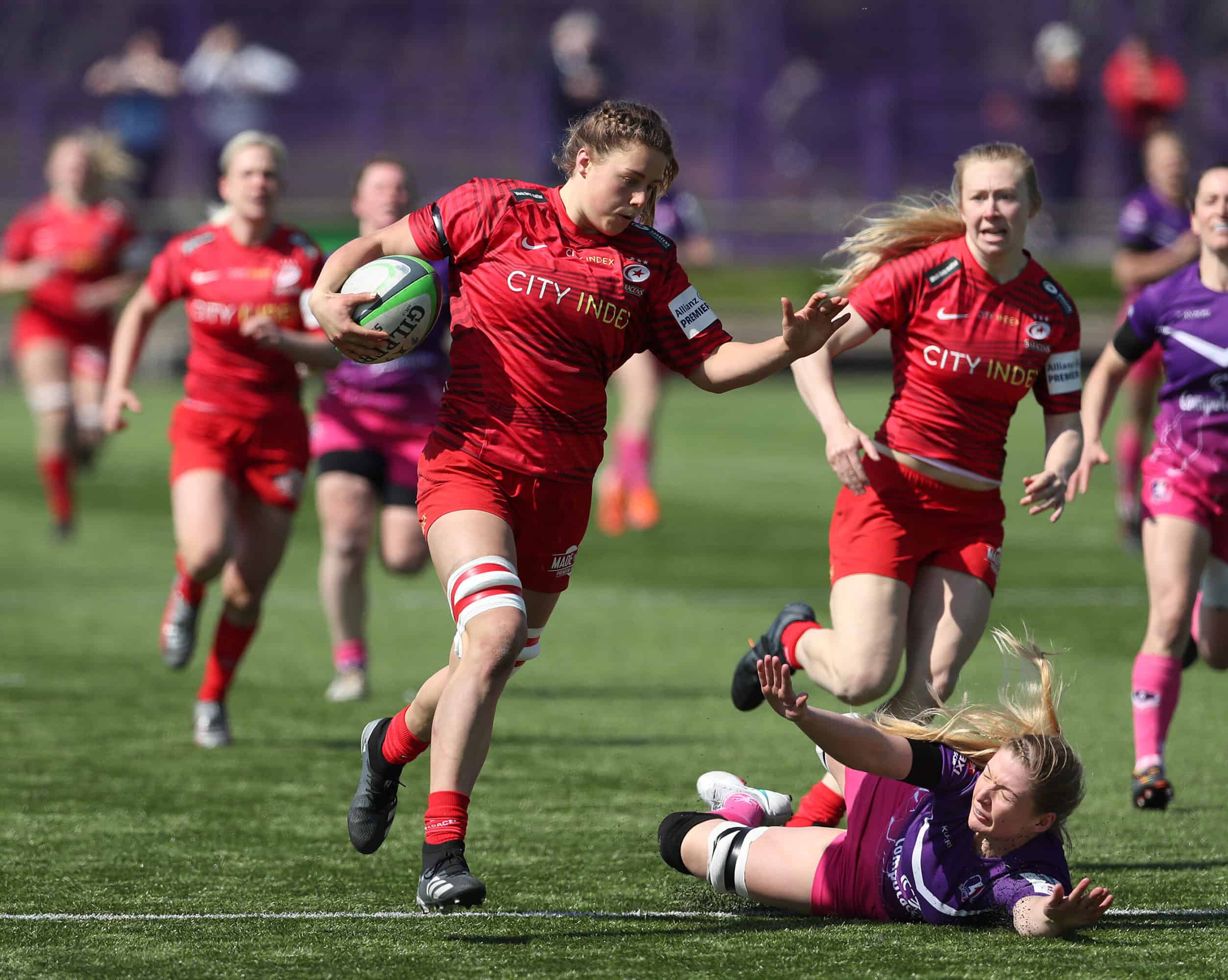 Sophie De Goede emphasised the role Saracens are playing in her individual development after an eventful performance in an impressive win over Loughborough.

The Canadian International scored twice, including a stunning interception, whilst also kicking conversions despite starting at Number 8.

Despite a superb performance the fly-half turned back-rower was keen to praise the role Saracens played in developing the strong Canadian contingent at the club.

“We just really enjoy being here and I think it’s been great for all of our individual development, and hopefully that’s allowed us to make a better impact on the team,” she said.

“We just really enjoyed being out here in the sun and playing against our Canadian team mates in the Loughborough team, they had a great game today as well.”

“I’m trying to get involved and try and get around the pitch as much as I can and make myself an option.”

The Women in Black were reduce to 14 for a third consecutive game, an issue that may prove to be advantageous during the playoffs.

She added: “Anything can happen in a playoff game and it’s good to have experience of playing with one less player.

But hopefully that’s not what we’re going to be doing in the playoffs, hopefully we can clean up the discipline, obviously myself included, and not put ourselves in these positions in those games!”