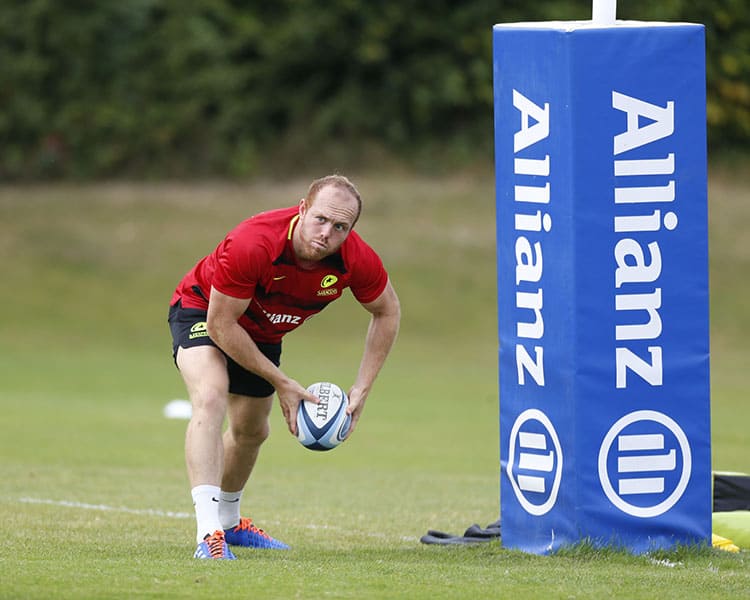 Alex Day was impactful on his first outing in a Saracens shirt at the Premiership 7s.

The scrum-half, who signed from Cornish Pirates, laid one on a plate for Rotimi Segun to score the Men in Black’s opening try in a 22-12 victory over Sale Sharks and he was also in key in the second victory against Worcester Warriors.

Two wins meant Sarries topped Pool A and progressed to the quarter-finals as third seeds where they will meet London Irish at 15H15.

“The boys were chucking their bodies around which was really pleasing to see.”

Day was pleased to have got his first run out for Sarries and even more so with his teammates’ efforts.

“It was very good to put on the shirt for the first time,” he said.

“Obviously it was in a different format but it’s still the same importance to the club and everything I’ve worked for. It was a good occasion and the boys made it special with two wins out of two.”

Day continued: “I always knew of the attacking prowess we have but our defence… we speak about it a lot at the club about having that courage.

“In Sevens people are going to score but it’s how many phases you can get them to go through without scoring and that was the pleasing thing; I was sitting at the back and the boys were chucking their bodies around which was really pleasing to see.”