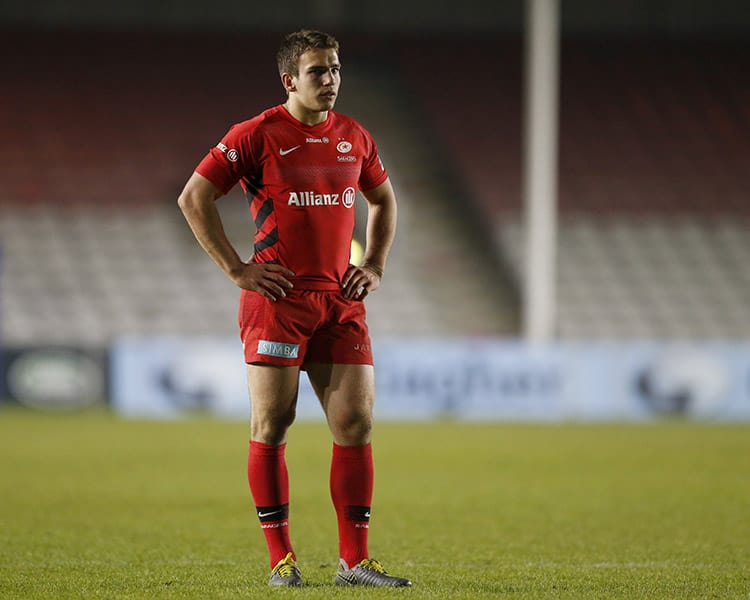 Charlie Watson will serve a four-week suspension after being sent off against Northampton Saints in the Premiership Rugby Cup.

The young centre appeared before an Independent Disciplinary Panel in London on Tuesday 8th October 2019 at 18H30.  He was charged with kicking, contrary to Law 9.12.

Panel chair Richard Whittam QC said: “The panel accepted that this was an act of frustration by the player in trying to release his leg from being held by Northampton Saints 12 (Andrew Symons).

“The sanction table mandates a mid-range entry point where there is contact with the head, in this case that entry point is eight weeks. The panel found no reason to go above that.

“The player accepted the charge, has no previous record and expressed remorse for his actions. In the circumstances the panel felt able to give the player the maximum mitigation of 50%.

“The panel note that whilst the yellow card awarded to Northampton Saints 12 was not brought before them for consideration, it is disappointing to see actions of this nature in the professional game.”