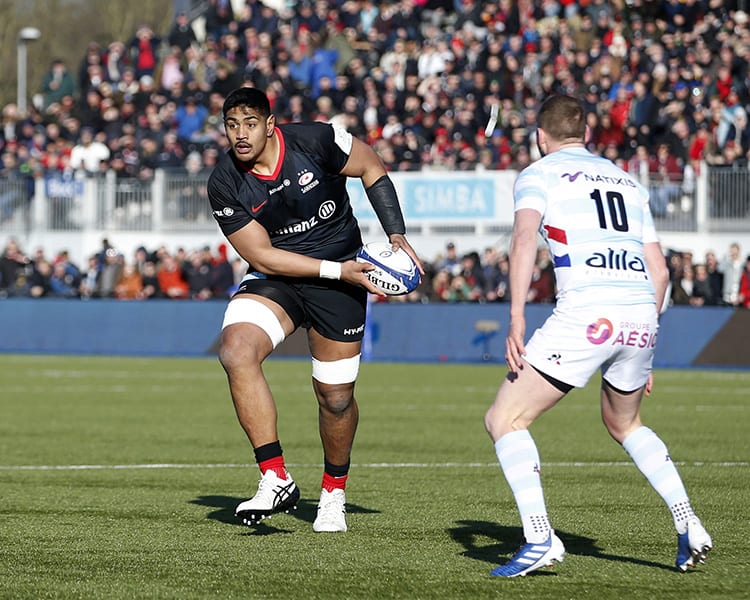 Will Skelton has been suspended for four weeks after being sent off in Saracens’ win over Racing 92.

The second row was red carded in the 39thminute of the Heineken Champions Cup match for tacking French full-back Brice Dulin in a dangerous manner in contravention of Law 9.13.

He attended an independent disciplinary hearing in London today (Tuesday) and an independent Disciplinary Committee consisting of Roddy Macleod (Scotland), Chair, Frank Hadden (Scotland) and Craig Sowman (Ireland), considered video imagery of the incident and heard evidence and submissions from the player, who accepted the red card decision, from the Saracens Team Manager, Warrick Lang, and from the EPCR Disciplinary Officer, Liam McTiernan.

The Committee upheld the red card decision, finding that Skelton had made contact with Dulin’s head in a dangerous manner. It then determined that the offence was at the mid-range of World Rugby’s sanctions and selected six weeks as the appropriate entry point.

There were no aggravating factors, and taking into account the player’s guilty plea, good disciplinary record and expression of remorse, the Committee reduced the sanction by two weeks before imposing a four-week suspension.

Skelton is free to play on Monday 24th February, and both he and EPCR have the right to appeal the decision.