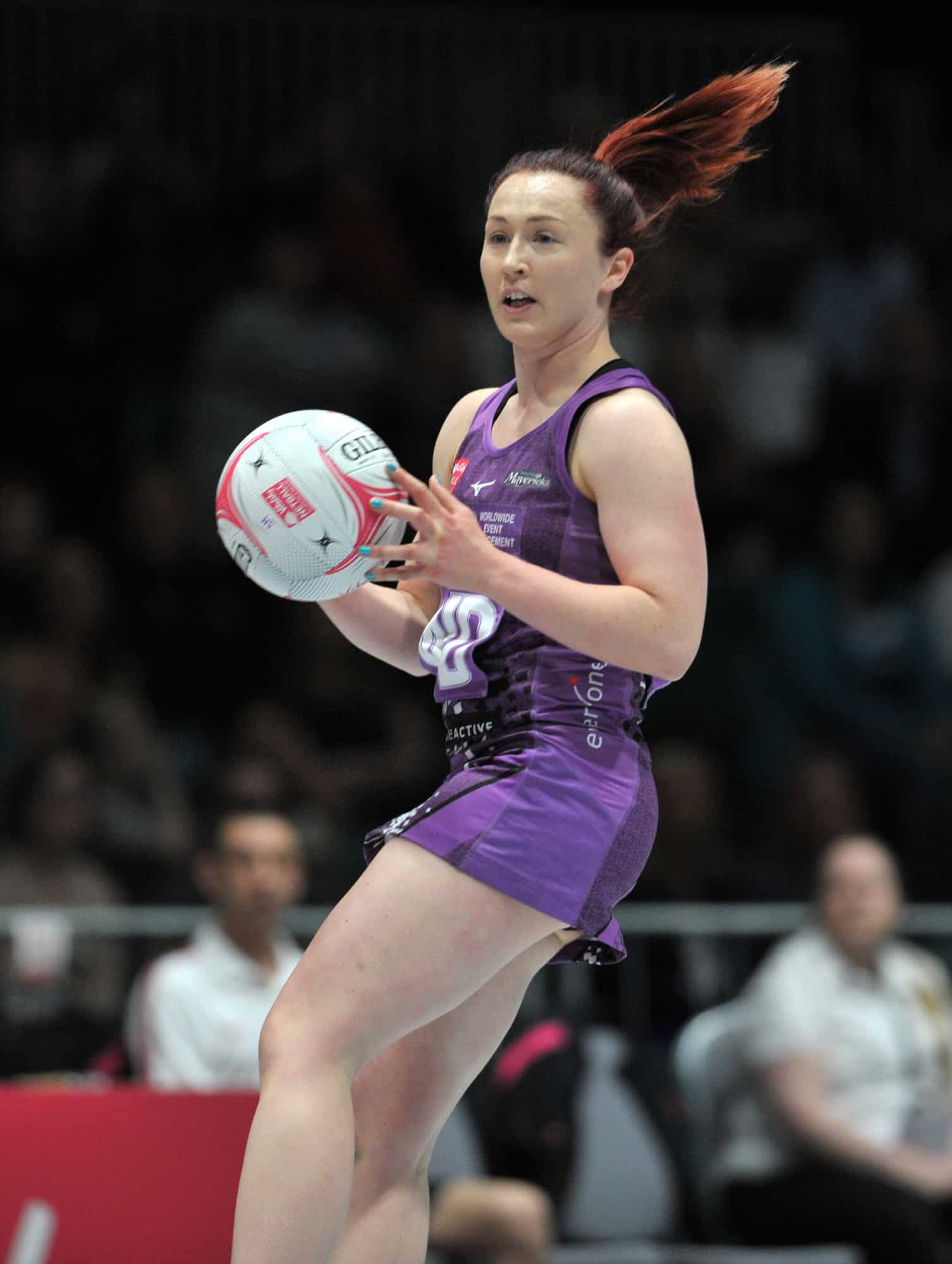 The upcoming 2019 Netball World Cup will be a first for Saracens Mavericks player Michelle Drayne.

The wing defence has played at two Commonwealth Games but she will be making her World Cup debut this month when she steps on the court in Liverpool alongside her Northern Ireland teammates.

And despite having played at both Glasgow 2014 and Gold Coast 2018, the global tournament in Merseyside will be a career highlight for Drayne having missed out on the previous two World Cups.

“It is certainly up there and has always been a tournament I’ve aspired to play in. To compete against the top players in the world is a great opportunity to test yourself.

“The Commonwealth Games 2018 were held in Australia and it was phenomenal to play in such a sports mad country. I have no doubt Liverpool will be just as exciting!”

Drayne, who juggles her playing commitments alongside her job as a Head of Netball, joined the Mavericks in 2014 and has been a regular in her five seasons at the club. The culture at Mavericks has been a key reason that has kept her coming back year after year.

“I’ve always felt a sense of family with Mavericks. Not just with the players and coaches but getting to know the fans, the support staff and all the people behind the scenes.

“The club has high expectations and standards which are in line with my own values.”

2019 proved be another nearly year for the Mavericks as they finished fifth and just missed out on the play-offs for a second season in a row.

The Hertfordshire outfit pushed the top four of Manchester Thunder, Wasps, Team Bath and Loughborough Lightning close all year, but a few narrow defeats kept them out of the business end of the 2019 season.

“The past season was heart-breaking. We had some great wins against Bath and Loughborough, two of the teams who made play offs but ultimately, we didn’t beat enough of the top four teams.”

Despite this, Drayne’s form in 2019 was consistently strong with a standout performance against Team Bath earning her a Sky Sports Player of the Match award.

“It’s been a good season for me particularly in terms of minutes played. My game has definitely improved particularly from the start of the season.

“Playing consistently in the Superleague has been great as the calibre of players is so high and playing styles are varied.

“Therefore, you have to adapt your game each week which is similar to a tournament like the World Cup.”

Having finished 7th or 8th in their last three major tournaments, they are targeting a top six finish in Liverpool and the 58-time capped Drayne will have a big role to play in reaching their best ever World Cup placing.

As one of the more experienced players in the squad, there could be a level of pressure on Drayne’s shoulders, especially with a number of players having retired after the 2018 Commonwealths.

However, the former Larkfield Ladies player is confident that the playing group will make the most of their opportunity over the coming weeks.

“I wouldn’t say I feel more pressure as although other players aren’t currently playing Super League they have previously. Plus, we have a number of young players who are full of potential and ready to make their mark.

“I think we have plenty of leaders within the group and the expectation from our coach Dan (Ryan), is that we all step up and have a voice. I’m naturally quite vocal on the court so I can’t imagine that will change!”