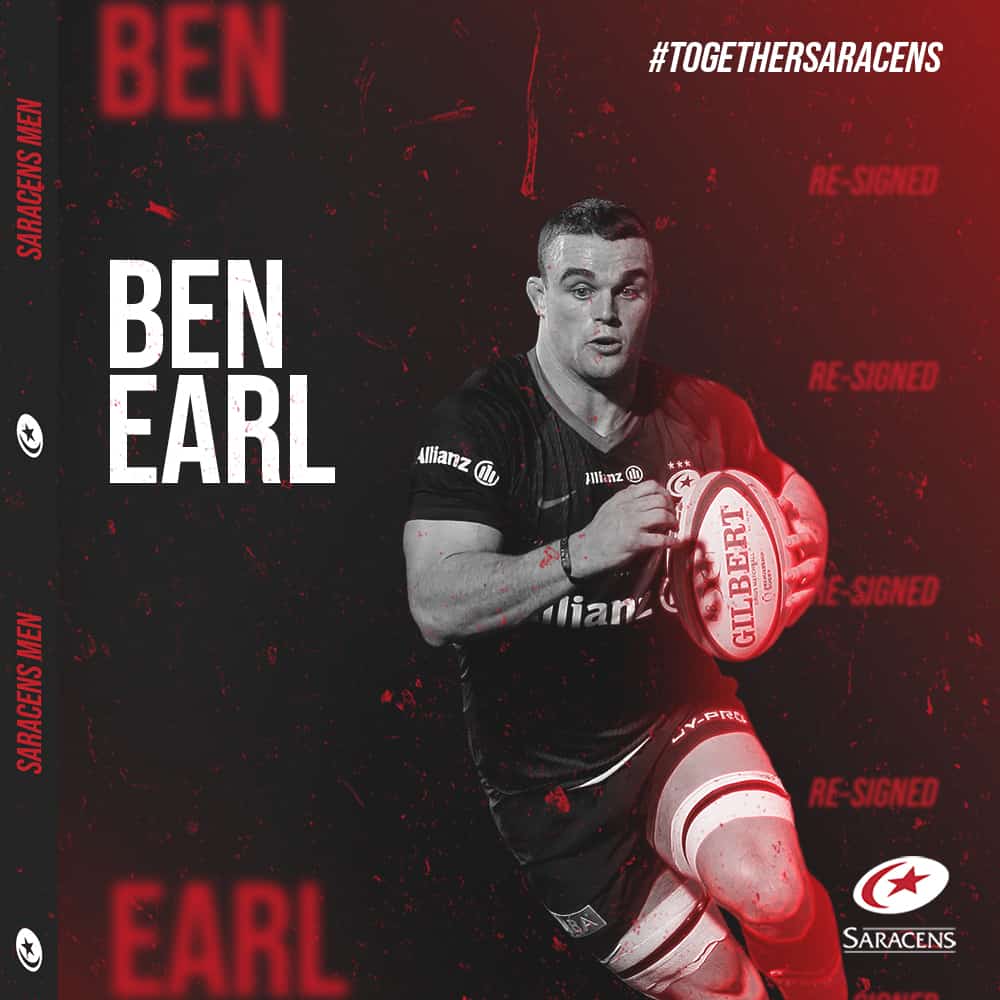 Saracens is delighted to announce Ben Earl has committed his long-term future to the club.

The 22-year-old has put pen to paper on a deal which will see him remain in north London until 2023.

Earl joined the Saracens Academy in 2012 aged 14 and has progressed through the ranks to become a valuable member of the first-team squad.

Four years on from his first year, he starred for England Under-20s at the Junior World Championships and made his Sarries debut in the LV= Cup. The back rower has since made a further 55 senior appearances and his form has led to England selection.

“It wasn’t a tricky decision to want to stay here long-term and it’s where I see me building my career.”

He became the latest Academy graduate to earn a cap for his country in the 2020 Six Nations, coming on in England’s win over Scotland – a moment he shared with six other Saracens.

Earl will continue his top-flight development and aid his international aspirations with a season-long loan to Bristol Bears for the 2020/21 campaign, along with club teammate Max Malins, before returning to the Saracens family.

“It wasn’t a tricky decision to want to stay here long-term and it’s where I see me building my career,” he said.

“It’s a club I’ve been at since I was about 14-years-old, one that I know really well and somewhere I really feel part of the family.

“We’re building something special here with a young group of guys and it’s something I want to be a part of.”

Director of Rugby Mark McCall said: “Nothing brings more joy to everyone at Saracens than seeing a young player grow in our system, play for our club and represent his country.

“Ben is an exceptional young man with a huge future in rugby. We are delighted he has committed that future to Saracens.”