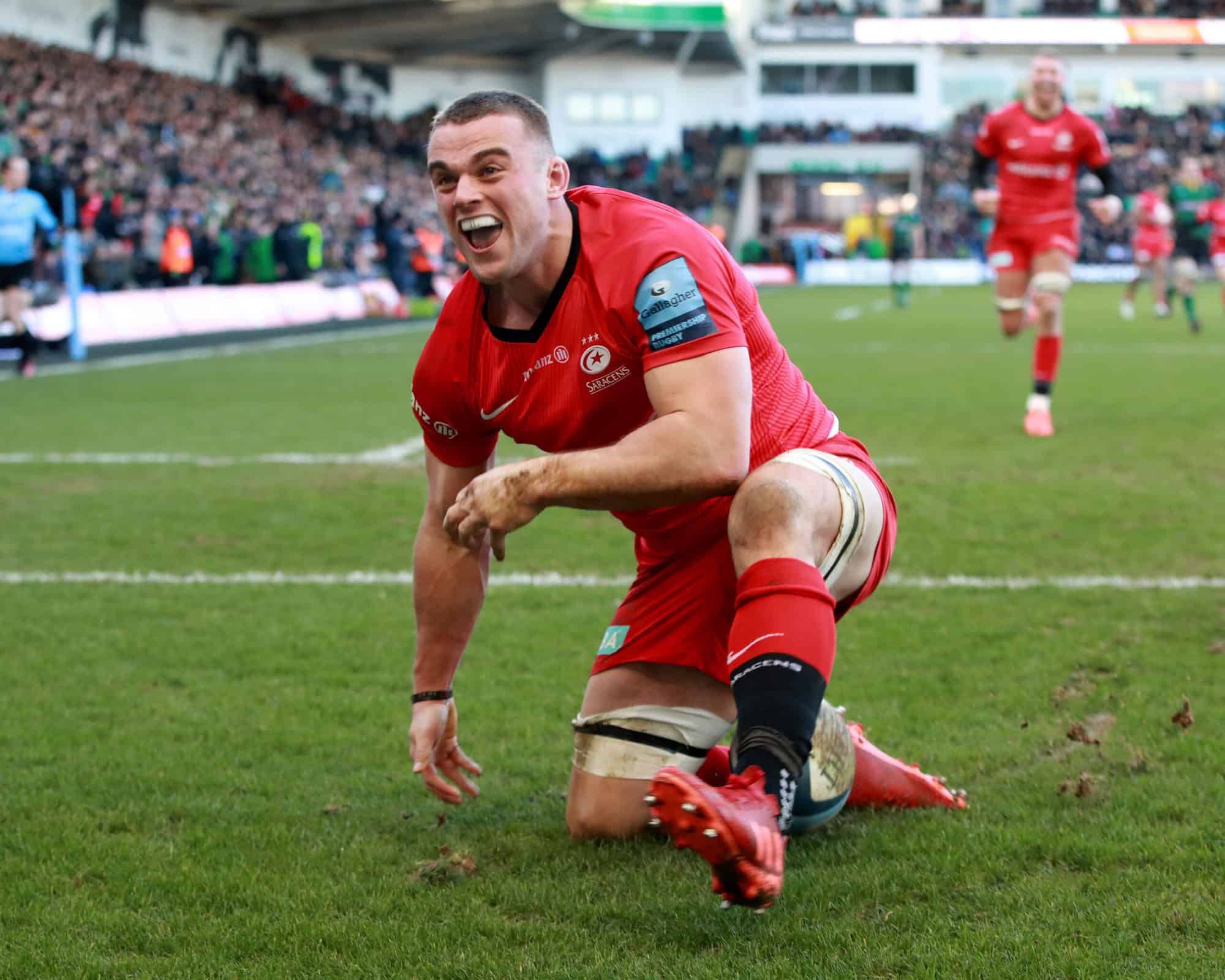 Ben Earl has set a new strike rate record for Gallagher Premiership top try scorers with each of his 11 tries this season coming at an average of one every 93 minutes.

According to The Rugby Tipster, The England international’s first-half try in Bristol Bears’ 36-7 win over London Irish on Sunday saw him finish the regular season level with Gloucester winger Ollie Thorley at the top of the competition’s try charts.

In a total of 1,024 minutes on the pitch, the 22-year-old scored seven tries in nine appearances at Saracens before adding a further four in seven games whilst on loan at the Bears.

He becomes the first top try scorer since the current system of determining the champions was introduced in 2003/04 to boast a sub-100 minute average.

In sharing top spot, Thorley is the first Gloucester player to achieve the feat, although his 11 tries came at a rate of one every 108 minutes.

The Premiership top try scorer award has now been shared for the third season in a row, but Earl is unique in that his scores were split between two clubs.

A Bristol player has won the accolade before in David Lemi (2006/07) but Saracens have never had a representative until now.

In the entire history of the Premiership only two back rowers have finished with the most tries in a single season – Thomas Waldrom with Exeter, twice, (2014/15 and 2015/16) and Neil Back before him with Leicester in 1998/99.