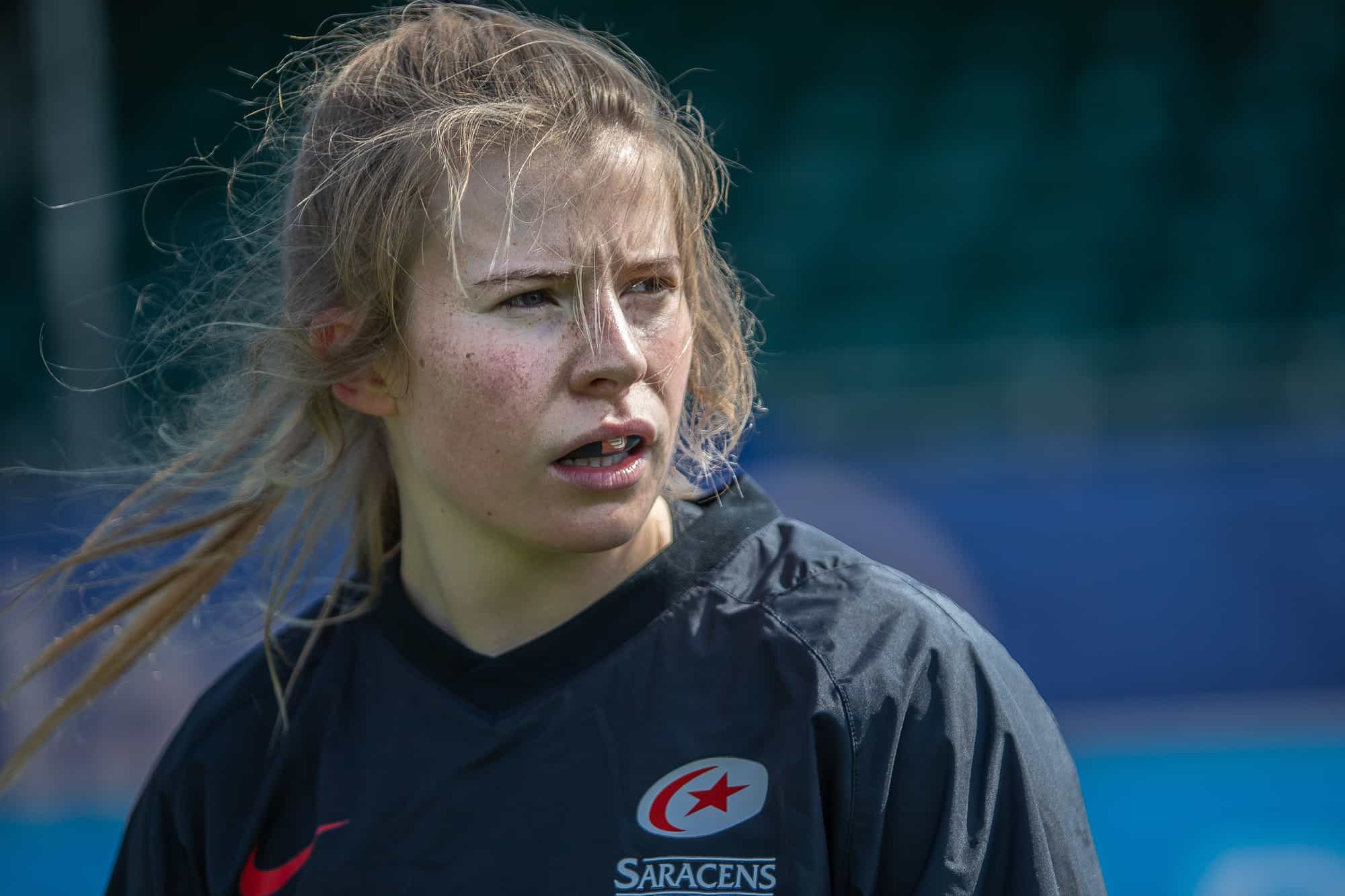 Eight Saracens Women to clash in Red Roses vs Barbarians

Georgie Gulliver, in her last match before retiring, and Hannah Casey have been named on the bench for the Barbarians. The duo are part of a Baabaas squad that also includes players from France, New Zealand, Sweden and Wales.

Hannah Botterman, Poppy Cleall, Zoe Harrison (pictured above) and Sarah McKenna are in the starting XV for England while Ellena Perry and Rosie Galligan are among the replacements.

Harrison lines up at fly-half, having shown her prowess at inside centre so far in her international career. Poppy Cleall packs down at blindside flanker with Botterman and McKenna retaining their usual positions at loosehead and fullback.

This will be England’s final match of the domestic season before they head to San Diego for the Women’s Rugby Super Series at the end of June.