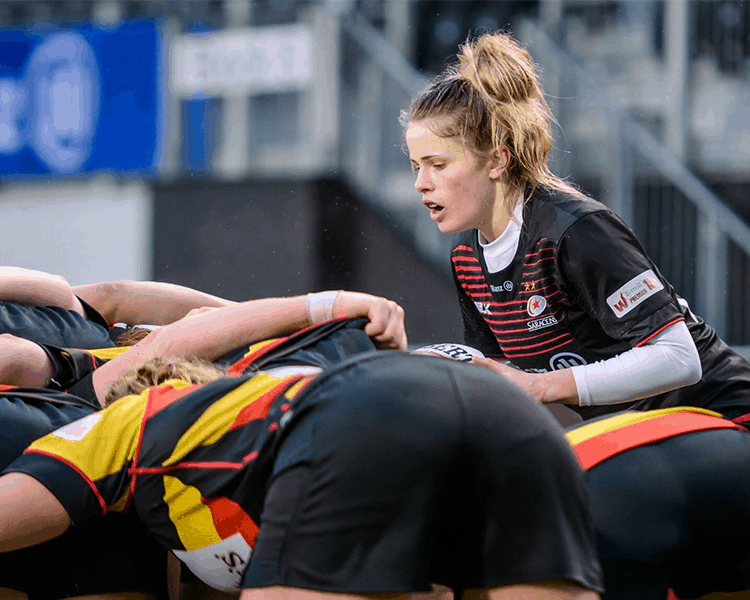 Saracens is pleased to announce that Ella Wyrwas is returning to the club for a second spell at Stonex Stadium.

The scrum-half, who won the Premier 15s title with Sarries in 2017/18 is heading back after a move to Loughborough Lightning where she studied for a Biology Degree alongside rugby.

The England Under 20’s number nine has been a regular for Lightning and is one of the most impressive scrum-halves in the country which makes it an exciting signing for the Women in Black.

She will be looking to reignite her partnership with Zoe Harrison at half-back who is also here next season, and at just 22 years old she has her best years ahead of her.

Wrywas is delighted to be heading back to North London.

“I’m really excited to be back with my home club, where my rugby journey began. I’ll be working alongside some of the best players in the league, so there’s huge opportunities for me to learn and grow my own game.”

Head Coach Alex Austerberry is pleased to have Wyrwas back in the squad.

“Ella is an exciting player who can shape and dictate play. Her ability to create opportunities with her feet and her pass will certainly add another dimension to the way we play.”

WATCH WYRWAS BACK AT SARACENS WITH A SEASONAL MEMBERSHIP!