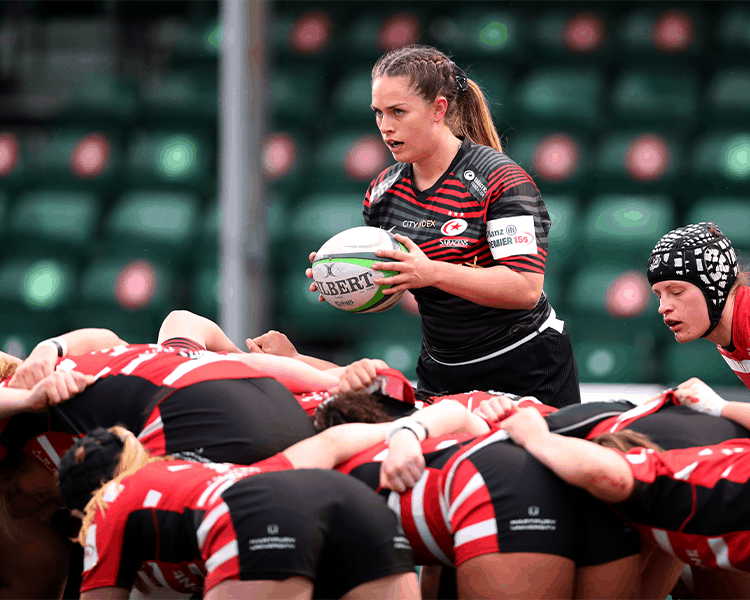 Saracens can today confirm that Emma Swords is leaving the club to join Harlequins Women.

The scrum-half has spent seven seasons at StoneX Stadium, and was involved in both of the back-to-back Premier 15s titles.

Swords made 35 appearances for the Women in Black after originally joining the club at just 17 years old, and she will now be heading to the Twickenham Stoop with fellow Saracen Rosie Galligan.

She has thanked everyone art the club for another successful spell at Saracens,

“I’m excited for another move, however I am sad to be leaving some of my best friends, in general an amazing group of people and the fans involved at Saracens.

“Sarries will always be a club I will thank for amazing memories, laughs and experiences with a very colourful group of people! Thank you to everyone who has had such a helping hand in my enjoyment and love for the club!”

“We thank Emma for everything she contributed to Saracens in her two spells at the club, and we wish her well with both her rugby and her business going forward!”