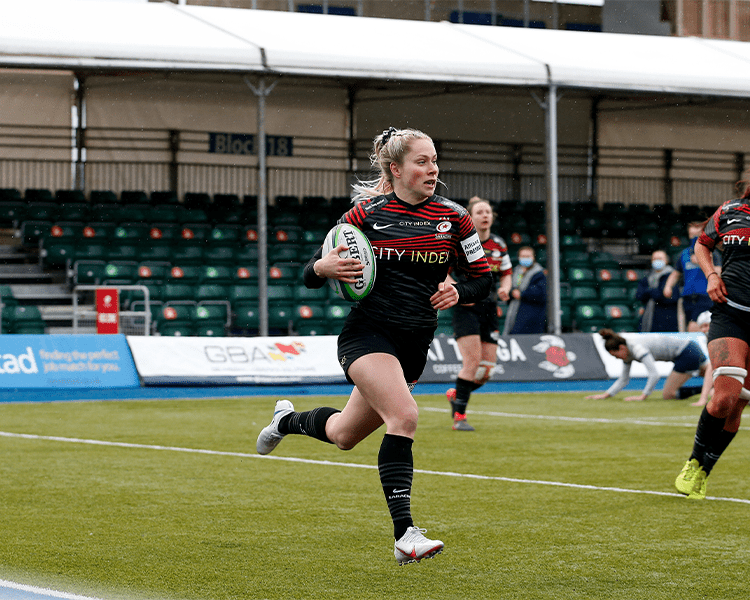 Saracens is pleased to confirm that Emma Uren has signed a new contract for the 2021/22 season.

The Sevens star, who represented Great Britain in Tokyo during the Olympics earlier in the summer alongside fellow Saracens Deborah Fleming and Holly Aitchison is now returning to StoneX Stadium for the upcoming campaign.

The 23-year-old, who made her England Sevens debut in 2019 has also captained her country at Under 20 level showing her leadership skills both on and off the pitch.

Uren worked with Head Coach Alex Austerberry during his previous role as Women’s Performance Pathway Officer at the RFU, and he is now delighted to have committed her future to the club.

“I am very happy to be staying at Saracens this season. I’m looking forward to getting out there with the girls again and seeing what this season has to offer with the support of such a good club!”

SEE EMMA IN 21/22 WITH A SEASONAL MEMBERSHIP!