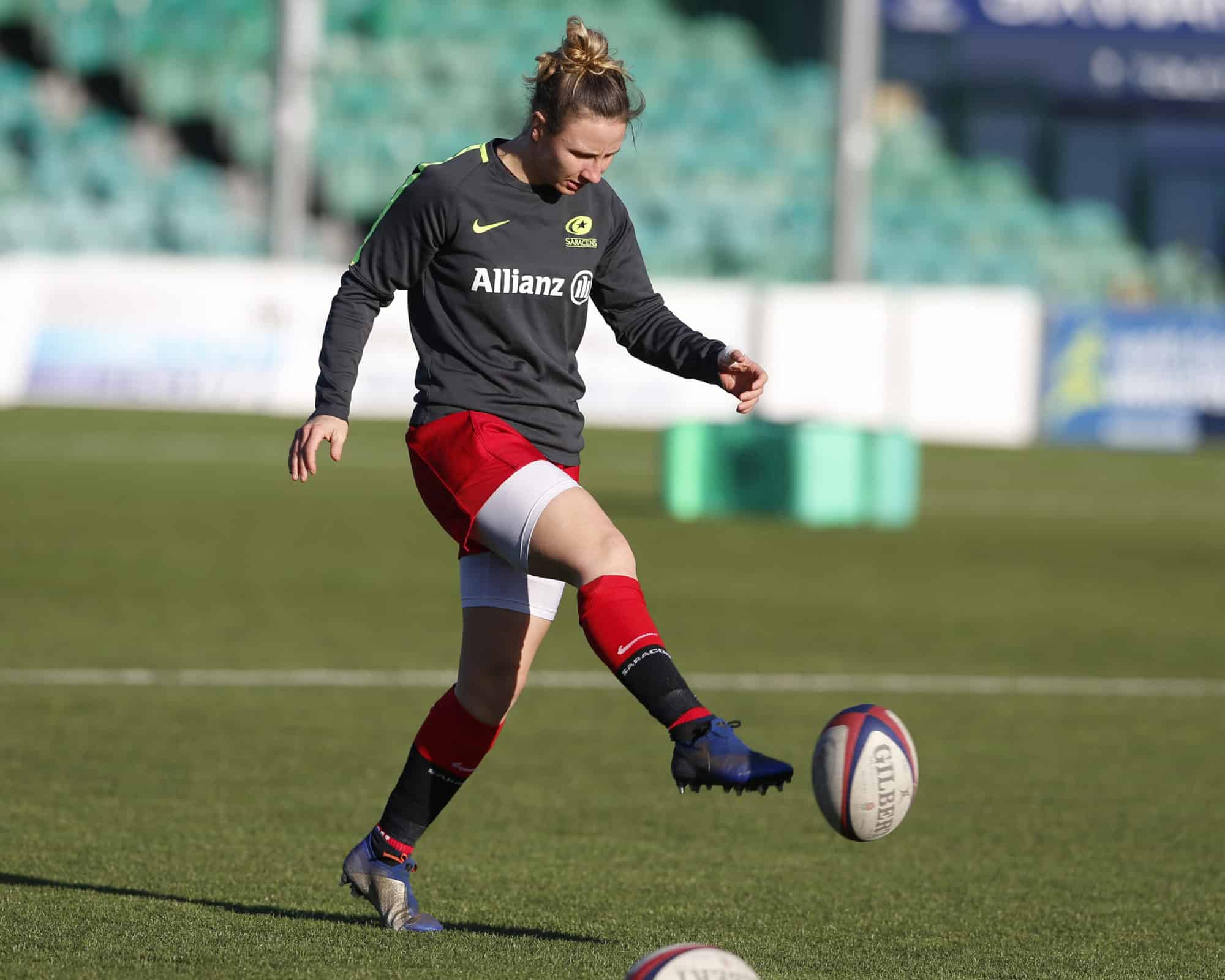 Sarah McKenna believes the most important thing for the Saracens Women group is to enjoy their rugby this season.

The Women in Black are back in action this weekend as the new Allianz Premier 15s seasons get under way with Alex Austerberry’s side hosting Worcester Warriors Women.

“If we’re enjoying ourselves then more often than not the result looks after itself.”

Their last game was eight months ago before the 2019/20 campaign was curtailed, and it has taken the squad a bit of time to get back into the swing of things in training.

Full-back McKenna says now they have things have been ‘really good’.

“To start with things were up in the air and we’ve now found a bit of consistency with our training,” she said.

“We’ve been back together for some time now, putting in the hard work and making each other work really hard on the pitch and really challenging one another.

“It’s been great to finally get that consistency and not do everything from afar in zoom calls; it’s been real life stuff and getting to know new people and old people.”

She added: “There’s been elements in training where we’re laughing, having fun and it’s relaxed and that’s when we play our best rugby.

“If we don’t let pressure get to us, don’t think about being away from the game for so long and just think about the here and now and enjoy the moment then I think we’re going to have a positive season.

“If we’re enjoying ourselves then more often than not the result looks after itself.”